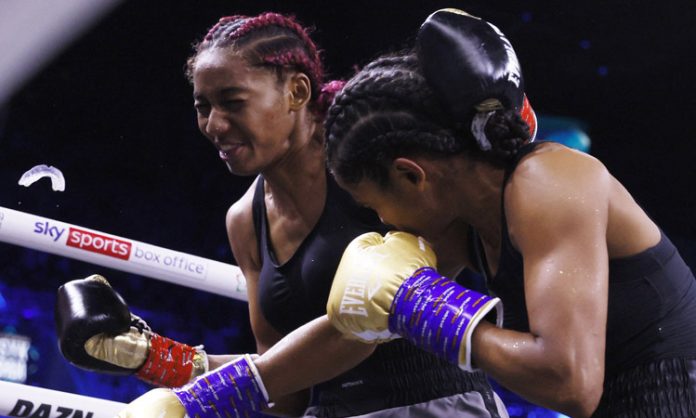 After landing powerful strikes to the head and body just seconds into the battle, Ali unleashed a vicious right that smacked into Nova’s jaw and sent Nova’s gum shield flying.

“I think I should go back and do some more pads. At King Abdullah Sports City in Jeddah, the 32-year-old admitted, “I didn’t really get out of first gear. It’s cool to have the halt.”

Ali, a super-bantamweight fighter who was once a refugee from the Somalian civil war, is currently 7-0 in her professional career as she prepares to contend for the world championship.

According to Agence France-Presse, she held a boxing lesson in Jeddah for Saudi women and girls as young as 15, and prior to the bout, she expressed the hope that she would serve as an inspiration in Saudi Arabia.

She was quoted in a news release as saying, “The organisers inviting me to compete and allowing this battle to go forward really tells you the cultural shift in the landscape that is happening in the region.

“I hope my performance and that of my opponent, as well as the entire Saudi Arabian card, inspires future generations.”

The fight on Saturday was a co-feature of the world heavyweight title match between Anthony Joshua and Oleksandr Usyk, the current champion.