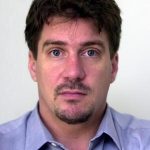 By: Daniel Furnad is an international journalist based in Kenya for the last decade.  A veteran of CNN and Associated Press Television, he has traveled to 85 countries, 25 in Africa, and reported from 6 continents, interviewing Presidents, Prime Ministers, Kings and Jennifer Lopez.

The disputed area off of Somalia and Kenya’s coasts could be worth as much as half a trillion dollars.  Oil, gas, other potential riches lie at sea.  Neither country can pull it out of the ground alone.  International energy companies will share the riches, perhaps getting a better deal for their investment than the country or countries whose territory it is under.

It must be said that after its impressive performance at the International Court of Justice, ICJ, that Somalia looks in good shape to have the judgment go it’s way.  The Kenyans didn’t even show up, although they did file a lengthy brief on paper.  Watching the proceedings it was easy to see the effectiveness of the Somali argument.

So, let’s wait for the judgment and go and sell off the rights to the territory!  Money in the treasury right away!  Development for Somalia now!

Perhaps not so fast.  By sharing a little of that money, perhaps more could be accomplished.  Maybe working together before selling off the rights could bring higher prices.  Perhaps it would bring in a wider set of bidders and competition could drive us the worth of the area.  There could even be a plan set up for developing shared refineries, and even more, money kept by the African neighbors.

Let’s slow down and see how this might affect the Horn of Africa.  Cooperation between Somalia and Kenya offshore could lead to more cooperation on-shore.  The pipeline that is going from South Sudan to Kenya’s LAMU port shows us that regional teamwork could be a good idea.  Why not add to that spirit?

And how about the current political crisis in Somalia?  An agreement that crosses borders could be used as a carrot.  How about cutting Jubbaland in on the profits?  Might that make Ahmed Madobe more interested in cooperating with the Federal Government?

There is no easy formula to decide with regional peace and goodwill is worth.  Even for politicians who see the energy cash bonanza as a way to line their pockets, how much do they need from this?  Isn’t there more to be made when working jointly to explore natural resources for the benefit of all?  These are all questions worth asking, deals worth exploring.

A potential windfall for a few, could become a major boon for the whole region.