Ethiopia and Djibouti have signed an agreement to build an oil storage facility in Djibouti. 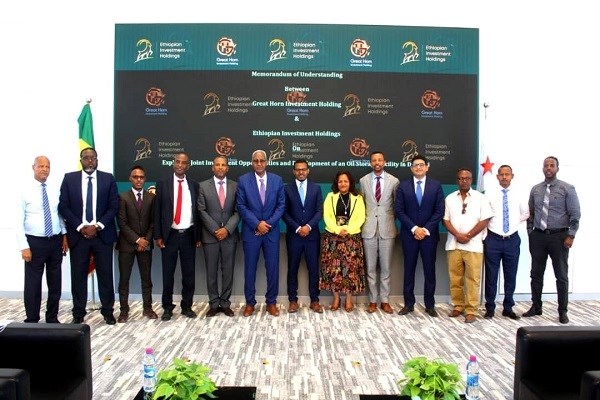 Ethiopia and Djibouti have agreed to investigate collaborative potential for the establishment of an oil storage facility in Djibouti’s Damerjog Industrial Park.

According to the Ministry of Foreign Affairs, the MoU aims to create a favorable climate for future cooperative development of an oil storage terminal in Djibouti, which would help to strengthen the two sisterly countries’ already strong economic connections.
To this purpose, many collaboration mechanisms are envisaged for the establishment of an oil storage facility in Damerjog to provide storage services for petroleum products targeted for the gateway demand of Damerjog.

The signature of the MOU was attended by State Minister for Foreign Affairs of Ethiopia Ambassador Birtukan Ayano and Ethiopian Ambassador to Djibouti Berhanu Tsegaye.

During the signing ceremony of the document, the high-level officials of both countries underscored that the new initiative is critically important to ensure a sustainable oil supply to Ethiopia’s oil demand which roughly increases by 10 percent every year.