MP Amina’s assassination was planned, according to Qali Mohamud Guhad. 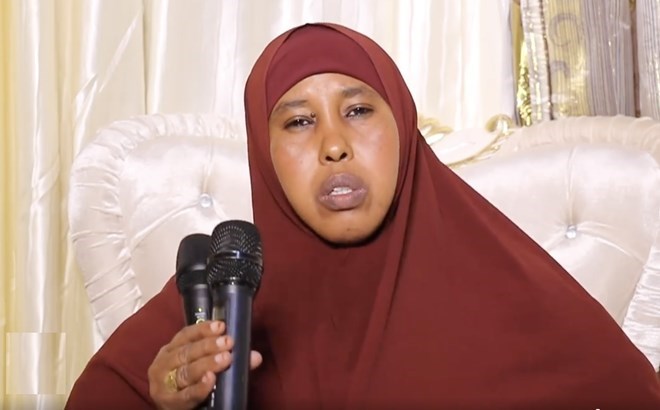 (HOL) Beledweyne The killing of MP Amina Mohamed, according to the mother of missing NISA agent Ikraan Tahliil Farah, was planned and deliberate, and she was directly targeted inside Beledweyne’s Lamagalaay camp.

Qaali Mohamud Guhad, speaking to the media in Mogadishu, said she believes MP Amina Mohamed Abdi was targeted because of her outspoken support for Ikran Tahlil and her efforts to secure justice for her family.

freestar
Al-Shabaab killed Ikraan, who worked for the intelligence agency, according to the National Intelligence and Security Agency (NISA). Despite this, the organization, which usually targets government officials and civil servants, denied the allegations.

“A girl was away from us at first, but now our other daughter has been killed. Everyone who spoke out against the Ikraan case is being pursued,” she said, adding that she offered her condolences to the victims.

Forty-eight people, including lawmaker Amina Mohamed and former lawmaker Hassan Dhuhul, were killed, and 108 others were injured in twin explosions in Beledweyne, the capital of Hiran region, on Wednesday,

Amina was one of 15 people killed in the first blast inside Lamagalaay camp after a suicide bomber detonated himself in front of Amina’s family.

The President of the Federal Republic of Somalia, Mohamed Abdullahi Farmajo, and the Prime Minister condemned the attack in Beledweyne and offered their condolences to all those who lost their lives, in particular MP Amina Mohamed.