Next week, French President Macron will travel to Algeria. 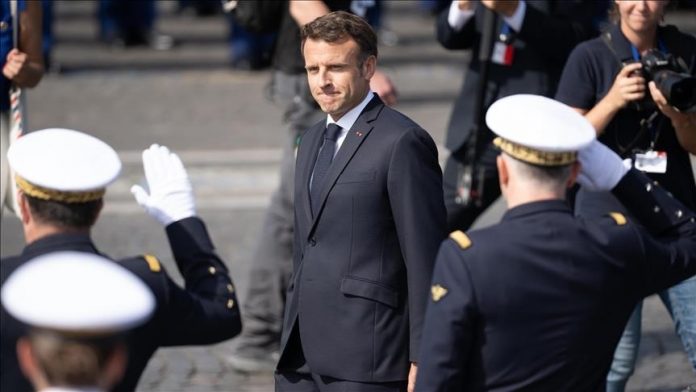 Somali Magazine -The Algerian and French presidencies confirmed on Saturday that French President Emmanuel Macron will go to Algeria on official business the following week.

Abdelmadjid Tebboune, the president of Algeria, and Macron spoke on the phone about bilateral cooperation and the itinerary of the planned visit.

In addition to expressing his condolences for the loss of life caused by the recent forest fires that ravaged northern Algeria, Macron thanked Tebboune for the invitation.

Macron will visit Algeria from August 25 to 27 according to the Elysee Palace, despite the Algerian side keeping the tour’s date a secret.

The French presidency stated that the trip will help to “deepen the bilateral relationship” and “strengthen Franco-Algerian collaboration in the face of regional concerns.” It would also help to “continue the task of resolving the past.”

It is hoped that Macron’s visit will help to improve the poor relations between Paris and Algiers.

Even while differences between the two countries stem from their common history, relations reached a new low last year after Macron cast doubt on Algeria’s pre-colonial identity and France reduced the number of visas available to Algerian citizens.

Following an eight-year conflict, the nation of North Africa achieved independence from France in 1962.