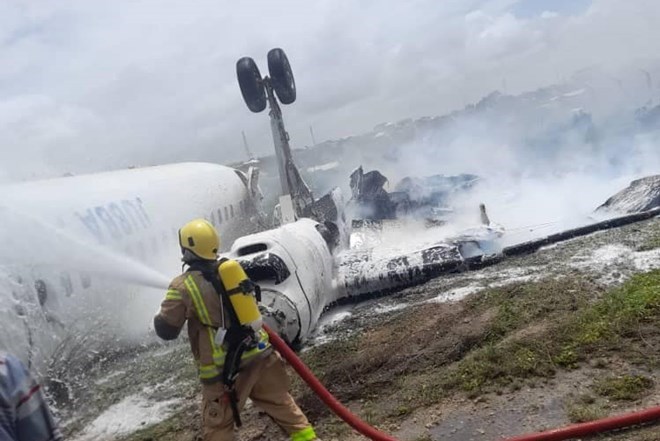 MOGADISHU, Somalia — A passenger plane has crashed in Somalia’s capital Mogadishu with the 36 people including crew on board safely evacuated.

Airport authorities said passengers and crew have disembarked from the Jubba Airways-operated plane, which was arriving on a domestic flight from the inland city of Baidoa. There was no immediate report of any injuries or reasons given for the cause of the crash.

The plane crash-landed outside Mogadishu’s international airport and then caught fire. Pictures from the scene posted on social media showed black smoke billowing from the wreckage.