President Volodymyr Zelenskyy has called for an increase in weapons aid to Ukraine. 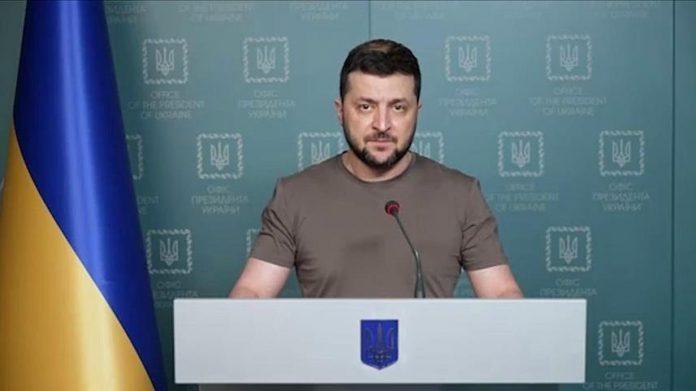 Ukraine’s president appealed on Thursday that weapons support be increased since the current conflict will determine the future of freedom in Europe.

“We appreciate the help we’ve already gotten, but weaponry supplies should be increased.” Because it will be decided on the battlefield in Ukraine whether freedom in Europe will be protected for all without exception,” Volodymyr Zelenskyy said in a speech at the Bratislava Forum in Slovakia’s capital.

Zelenskyy emphasized Ukraine’s desire to join the European Union, saying that one of the reasons for the Ukrainian people’s “unification” during the war was the prospect of EU membership.

“We should strengthen Ukraine’s unity by providing Ukraine a candidate status to the European Union and later the full-fledged membership,” he said.

Ukraine’s EU membership will not be decided in a day or month, he said, adding: “But now one of the motivations for unifying our people and gaining trust that Europe regards us as an equal partner, as a powerful partner … candidate status to EU membership is one of such motivations.”

Welcoming the EU’s sixth sanctions package on Russia, Zelenskyy said it is “gratifying” and should be put in practice “urgently.”

He also urged the union to go forward with a seventh package.

Last month, Ukraine’s Foreign Minister Dmytro Kuleba said the seventh package should directly target Russian exports, as the Ukrainian economy has suffered more from the war, which began on Feb. 24, than Moscow did from sanctions.

According to UN estimates, at least 4,113 civilians have been killed and 4,916 injured in Ukraine since the war began, with the true toll believed to be much higher.

Over 6.8 million people have fled to other countries, while more than 7.7 million have been internally displaced, according to the UN refugee agency.