Russia claims to have struck 64 more military targets in Ukraine. 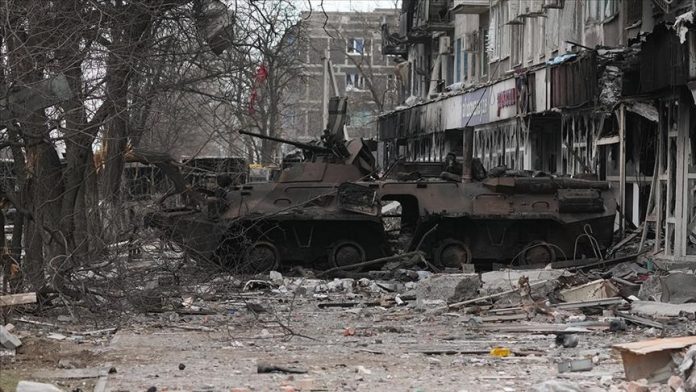 On Wednesday, the Russian Defense Ministry announced that 64 military objects had been destroyed in Ukraine in the previous day.

“A total of 124 aircraft and 77 helicopters, 214 anti-aircraft missile systems, 321 unmanned aerial vehicles, 1,752 tanks and other armored combat vehicles, 184 multiple rocket launchers, 734 field artillery and mortar guns, and 1,640 units of special military vehicles have been destroyed since the start of the special military operation,” he said.

According to Konashenkov, a member of the Jewish community in Ukraine’s central Uman city gave evidence to the Russian military showing Ukrainian forces converting the city’s synagogue into a fortress, providing weaponry and ammunition, and then disguising them as rubbish bags.

“They employ buses with the colors of school buses to carry nationalists and foreign mercenaries from the western areas of Ukraine, as can be seen in the images.”He noted that Ukraine’s army often uses vehicles with UN and OSCE (Organization for Security and Co-operation in Europe) symbols, while there were cases when the arms were delivered in the trucks of the DHL transport company.

The spokesman warned that Kyiv plans to draw the fire on a synagogue to provoke political pressure of Jewish religious organizations on Russia.

The Russia-Ukraine war, which started on Feb. 24, has met international outrage with the EU, US, and UK, among others, implementing tough financial sanctions on Moscow.

At least 1,179 civilians have been killed in Ukraine and 1,860 injured, according to UN estimates, with the true figure feared to be far higher.

More than 4 million Ukrainians have also fled to neighboring countries, with millions more displaced inside the country, according to the UN refugee agency.