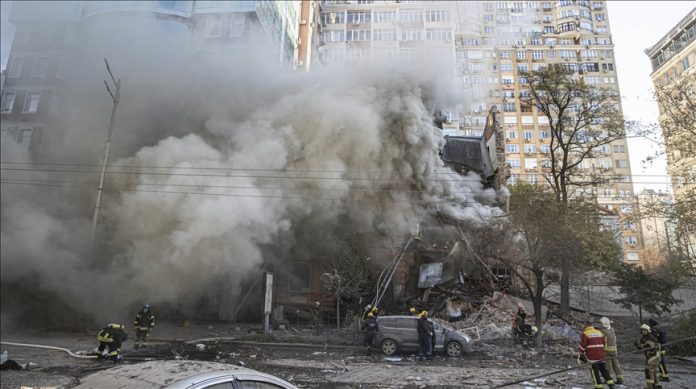 On Monday, at least four explosions were heard in Kyiv, the capital of Ukraine, as Russian kamikaze drone attacks were reported by the authorities.

The Shevchenkivsky district of the capital saw four separate explosions, according to Vitaliy Klitschko, the mayor of Kiev.

He posted images of the drone that was attacked this morning’s wreckage.

At least one building in the city’s centre was slightly damaged.

The attack was captured on camera by Anadolu Agency. Security personnel opened fire to shoot down the kamikaze drones that they heard flying around a building.

Last week, after an explosion damaged Russia’s crucial Kerch Bridge to the Crimean Peninsula, which Moscow illegitimately annexed in 2014, Russian forces launched a new round of airstrikes on Kyiv.

The eight-month Russian invasion of Ukraine will be complete next week.