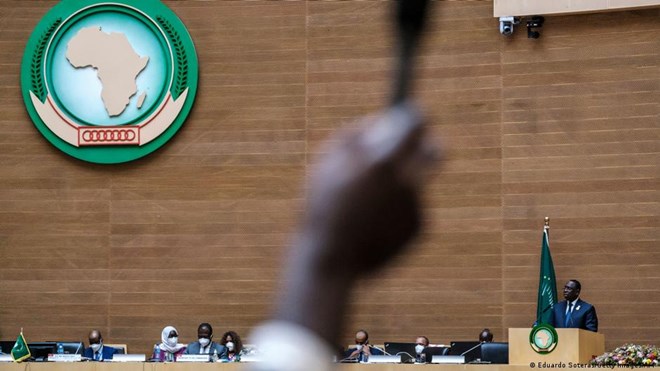 Leaders of the African Union are convening in Equatorial Guinea. Food costs are rising across Africa as a result of inflation and the conflict in Ukraine. Four African Union member nations have had their membership suspended due to coups.

African Union leaders are meeting in Malabo, Equatorial Guinea’s capital, for the second and final day of an unusual summit to tackle issues ranging from terrorism to democratic governance and climate change.

The workshop on Saturday will focus on terror threats and review existing response measures.

“Parties were set to decide on the necessary actions and measures to strengthen the security of African states facing terrorism and violent extremism.

The AU assembly is also looking at the recommendations put forth during the March AU Reflection Forum on “unconstitutional changes of government” in Africa.

AU leaders will be asked to approve Accra Declaration, drafted at a meeting in March. This declaration says that to “prevent and end any form of unconstitutional changes of government on the Continent, is a compelling and shared task for all stakeholders.”

The declaration lists some 28 steps to take towards this end, albeit several of them rather vague. They range from better tackling social media disinformation, to developing “a comprehensive framework establishing different categories of sanctions that may be gradually applied” to countries where coups take place, to simply establishing “clear and precise standards that allow for a substantive assessment of member states’ constitutional orders.”

UNHCR Assistant High Commissioner Raouf Mazou said in an address during the summit that climate-related disasters in recent years have added to existing population displacements caused by violence and conflict.

A 2021 report by the Internal Displacement Monitoring Center (IDMC) released in May suggested that 23.7 million people were internally displaced as a result of climate-related disasters worldwide, as well as 14.4 million displaced by fighting.

Countries such as Ethiopia, Kenya, Somalia and South Sudan are already experiencing stronger and more frequent floods and droughts in recent years. It is feared that climate-related shortages could aggravate existing conflicts.

One glaring example is Cameroon, where the scarce water resources in the country’s far north region have pitted fishers and farmers against one another, prompting the displacement of at least 100,000 people inside Cameroon and beyond.

The summit also addressed the impact Russia’s war on Ukraine has had on African countries. A drop in food aid and a sharp increase in food prices are taking their toll on African refugees and forcibly displaced individuals, threatening to further fuel intercommunal tensions.

The UN humanitarian office, OCHA, has estimated that some 18 million Africans could face severe food insecurity in the coming three months, particularly in sub-Saharan Africa.

In a virtual address to the summit on Friday, European Commission President Ursula von der Leyen said the EU would commit “further financial support to our African partners.” She said this would have an “immediate focus” on food security and a “long-term” focus on the “root causes of insecurity.”

“Ukraine is the granary of the world. It alone exports half the world’s sunflower oil and provides over half of the World Food Programme’s wheat supply,” von der Leyen told the summit, adding that the EU was also trying not to have an impact on Russia’s food business with sanctions.

Global wheat prices have risen by roughly one-third in 2022 alone.

“The speed at which we act now will determine the scale of the problem in a few months,” von der Leyen said.