Today, twenty presidential contenders will speak to a joint session of the Somali parliament. 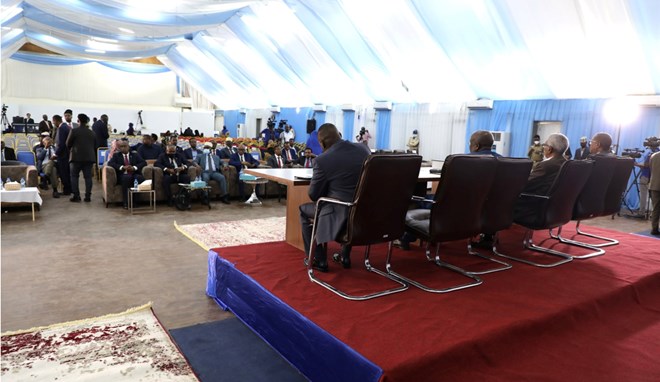 Somalia’s lawmakers will listen to remarks from 20 presidential hopefuls at a gathering on Wednesday at the airport hangar in Mogadishu.

15 minutes are allotted to each contestant. On Thursday, nineteen additional candidates will give presentations to highlight their policies.