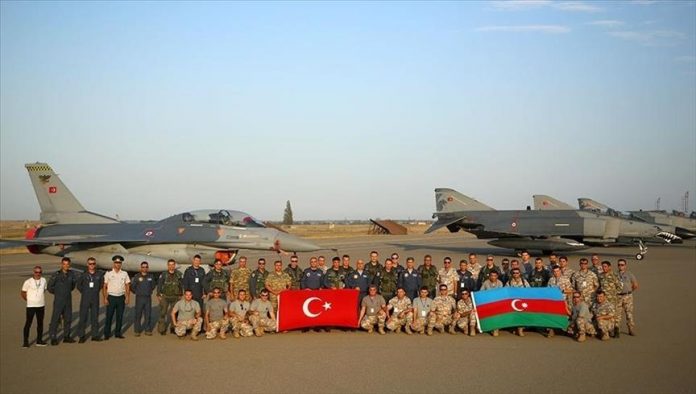 The Azerbaijani Defense Ministry announced on Friday that a joint military exercise involving the air forces of Azerbaijan and Turkey will start on Monday.

It stated that both military members and aircraft from the Turkish Air Force would take part in the TurAz Qartal 2022 (TurAz Eagle 202) Joint Flight-Tactical Exercises in Azerbaijan.

It continued, “During the exercises, tasks on the scheduling of joint activities of the two countries’ air forces, the investigation of interaction and combat interoperability, as well as the carrying out of search-and-rescue measures, will be fulfilled.