WhatsApp is Down! Users experiencing difficulties sending and receiving messages 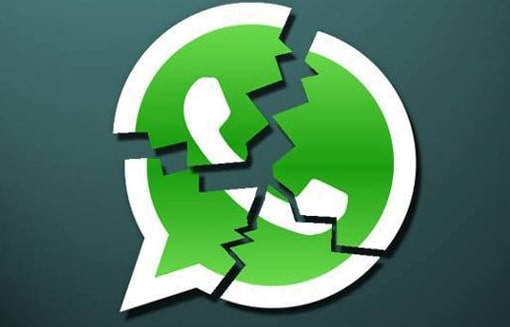 WhatsApp is down for several users. The Meta-owned instant messaging platform is not working on the mobile app, desktop, or even the Web. Downdetector shows that over 19,000 users have reported on the platform that WhatsApp is down, with the outage seemingly beginning at around 12pm. Going by reports on Downdetector, the issue is not only restricted to Somalia but is affecting users globally. This is the first major WhatsApp outage this year. The service saw its biggest outage to date in October 2021, when WhatsApp (as well as other Meta apps such as Instagram or Facebook) was down for nearly six hours.

“We’re aware that some people are currently having trouble sending messages and we’re working to restore WhatsApp for everyone as quickly as possible,” a Meta spokesperson told ANI. ABP Live has reached out to the company for further details on the issue. This report will be updated when we hear back.

Users in Somalia are unable to send or receive messages on any WhatsApp platform. App users are not able to call their contacts as well.

Somali Magazine could confirm that on the mobile app, messages are left undelivered and calls aren’t connecting. On the other hand, on the Web version, some users are getting logged out of the platform, with an error message popup saying, “Make sure your computer has an active Internet connection”.

#WhatsAppDown is already trending on Twitter, with users taking to the microblogging platform to share their frustrations and hilarious memes.