Al-Shabab Attacks Are Condemned by the US Ambassador to Somalia 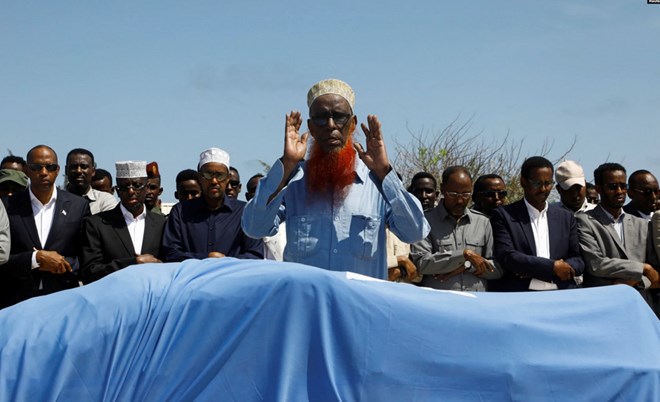 Larry André, the US Ambassador to Somalia, has criticized a new spate of al-Shabab insurgent attacks across the country, which have killed more than 60 people.

André told VOA Somali on Tuesday that the attacks in Mogadishu, Beledweyne, and other parts of Somalia were meant to hinder the country from progressing toward stability.

“Those who aim to murder and destroy are condemned by us,” the envoy stated. “They are putting an end to Somalia’s resurgence and taking many lives in the process. We back those working to make Somalia a safe, prosperous, and peaceful place. That is the goal of our collaboration with the Somali authorities, the Somali people, and Somali civil society.”

On the same day, two deadlier explosions in Beledweyne claimed the lives of 48 more people including a female lawmaker, Amina Mohamed Abdi.

Due to the drought, Somalia has declared a state of humanitarian emergency. The situation is described as “catastrophic” by aid workers.

“Right now, the drought is affecting 4.5 million people in Somalia,” said Tom Solomon, a senior humanitarian and development officer with the United States Agency for International Development. “There are 1.4 million malnourished children under the age of six in this group. It also includes 700,000 individuals who have fled their houses in search of water and animal grazing.”

Despite the fact that the drought has touched the entire country, the central and southern regions have been particularly badly hit, with agro-pastoralists losing livestock due to a shortage of water and pasture, according to Solomon.

“As a result, people don’t have enough food to eat; it’s a true disaster since food prices have skyrocketed [and] the value of animals that people sell has plummeted,” he explained.

“With the approaching rains, we are concerned that Somalia may have its fourth consecutive below-average wet season. That would be completely unprecedented “Solomon went on to say.