As registration closes, 39 people are vying for the presidency of Somalia. 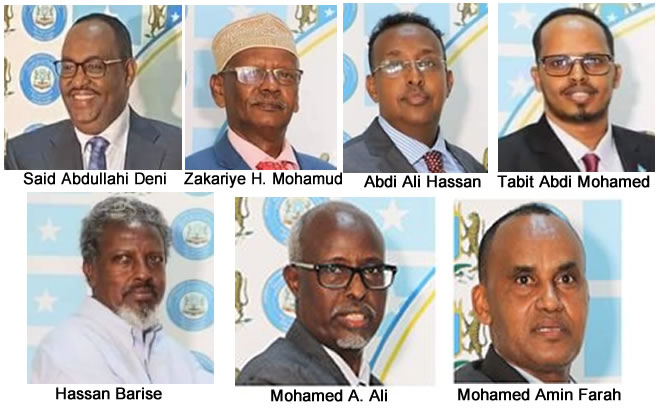 Because the deadline for registering for the Somali presidential election passed on Tuesday, a total of 39 presidential candidates will be competing on Sunday.

On Tuesday, seven more candidates enrolled. The registration deadline for the campaigns was Tuesday at 4:00 p.m. local time.

The electoral commission received 1,560,000 dollars after each contender paid a $40,000 registration fee.

Mohamed Ibrahim Maalimuu, a former government spokesperson and member of the organizing committee, acknowledged the record number of registrants and announced the schedule for candidate speeches on Wednesday and Thursday.

Each applicant will have 20 minutes to prepare.

Abdi Adam Hoosow will be the first contender to address legislators.

The majority of the front-runners – including President Farmajo, former Presidents Hassan Sheikh Mohamud and Sheikh Sharif, and Puntland President Said Abdullahi Deni – will make their pleas to lawmakers on Thursday.

The presidential election will be held Sunday, May 15, at the Afisioni Tent in Mogadishu.