Drought has forced Somali blacksmiths out of business in Hudur. 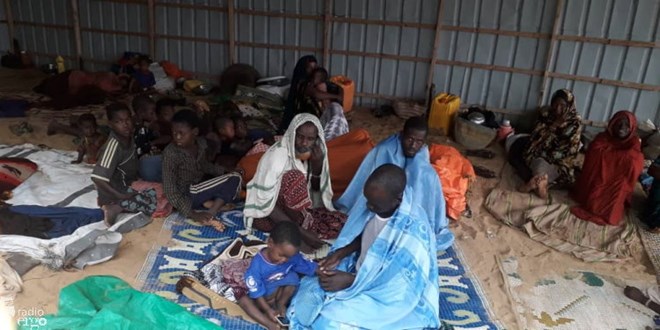 Abdihamid Ali Isack, 55, has been a blacksmith since he was a youngster, but his workshop in the southern Somali town of Hudur has had to close due to the debilitating drought, which has brought hundreds of livelihoods to a halt.

“You could say I’ve turned into a beggar!” Abdihamid told Radio Ergo in a gloomy tone.

“I beg money from relatives, friends, and everyone else I can think of.” I used to hustle and consume what I earned via my own effort, but that’s no longer possible.”
His family of eight was able to get by before the drought, but now they are surviving on just one meal a day from his weekly wages of two dollars

“Before this ravaging drought, we were making good money that enabled us to have three meals a day. Now our customers are equally affected by the drought. Farmers have downed their tools while pastoralists have lost their animals.

When things changed, I took my spanner and hammer and went walking around town looking for damaged or broken donkey-carts to see if I could get repair jobs.”

Abdihamid, with 40 years in the blacksmith trade, used to earn between $10 to $15 a week. What he gets now cannot even buy a two-kilogram bag of sugar that costs the equivalent of $2.2 in Hudur, which has been under siege by Al-Shabab for eight years. Commodities can only get into the town by air as the roads have been barricaded.

He fears for the future of his four children who are in class three and six in primary school. Their combined fees come to $24 and he has not paid fees since January. There are around 300 men in Hudur whose main source of income has been metal work, crafting numerous handmade items used by farmers and people living in the rural areas in particular, such as hoes, spades, rakes, forks, among other tools and implements.

However, hundreds of farming and pastoralist families from Bakool region have fled to internal displacement camps in Baidoa hoping to get some assistance, whilst others have moved to villages in Bakool where they are living as IDPs in flimsy huts they set up for themselves.

Isack Ali Kusow, 60, a blacksmith with a family of eight children, said he lost a huge number of his customers since the beginning of the year. His workshop is still open because he has no other skills and does not know what else to do for a living. He comes to his workplace together with his son three days a week.

“Before the drought I was making 200 to 300 Somali shillings from one axe, but now even selling one for 60 Somali shillings is not possible. The situation has gone bad. Let alone selling our products, we don’t see people even bargaining for any of our items,” said Isack.

Isack Ali’s family is now dependent on his wife, who has a shop in Hudur town. The chairman of social affairs at Hudur district authority, Mohamed Abdirahman Mohamed, said it was important to keep the blacksmiths in operation because their products are much needed in the country, especially in the agricultural sector.