“Farmajo’s political career is in jeopardy; he should follow in the footsteps of his friend Mursal rather than compete,” Ware says. ‎ 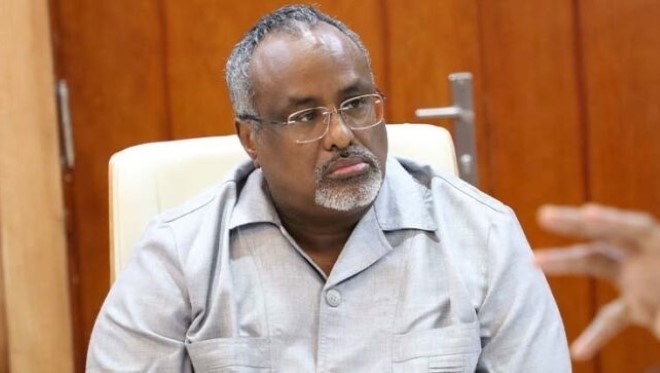 Mohamed Abdi Ware, the former president of Hirshabeelle, believes President Mohamed Abdullahi has no chance of being re-elected president of Somalia.

President Mohamed Abdullahi and his associates, according to Ware, suffered a humiliating political defeat in the Somali parliamentary speaker elections. ‎

He said that President Mohamed Abdullahi’s failures during the last five years were due to his track record.

Mohamed Mursal’s premature withdrawal from the Lower House speaker ship, according to Ware, was a hint that Farmajo’s Peace and Prosperity Party was not confidence in their ability to perform. Mursal was a close Farmajo ally and one of two speakers for the 10th parliament.

Farmajo was pushed by Ware to follow Mursal’s example and withdraw from the presidential race.

Hirshabelle was led by Mohamed Abdi Ware, who served as President from September 2017 until his resignation in November 2020.