Kenya Reopens Its Embassy in Mogadishu 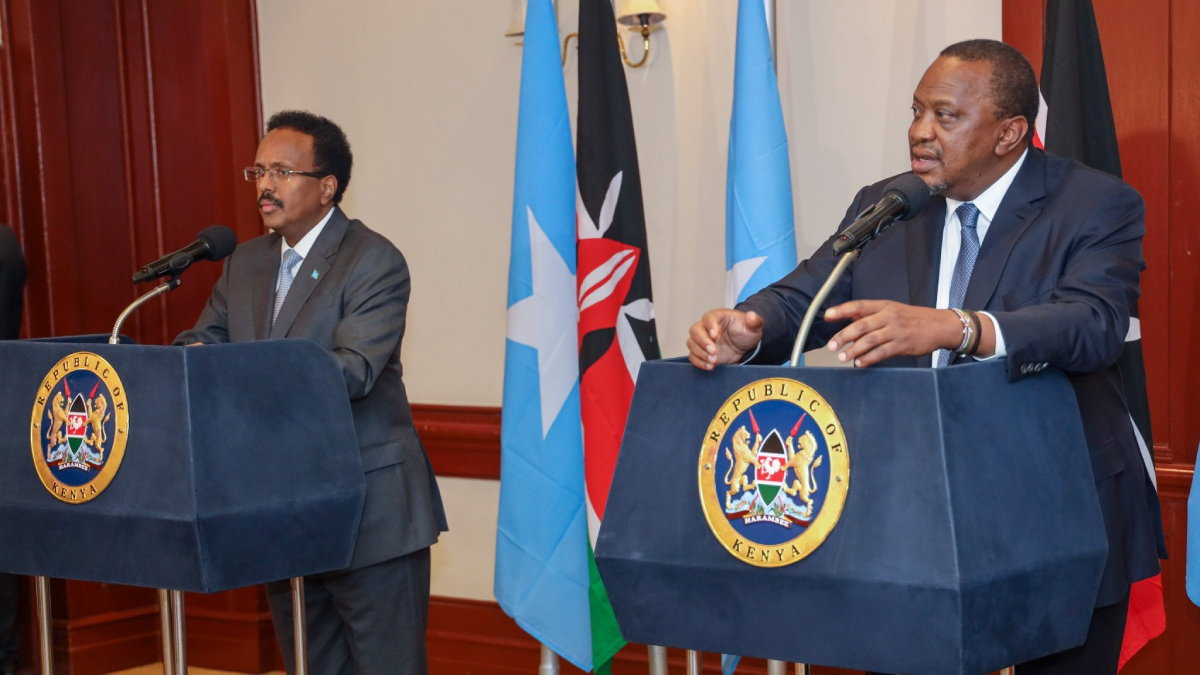 Kenya says it is prepared to reopen its embassy in Somalia, following an invitation by Mogadishu on Saturday.

In a note sent to Mogadishu on Monday, the Foreign Affairs Ministry in Kenya also asked Somalia to reopen its mission in Nairobi, which Mogadishu closed in December last year.

“The government of the republic of Kenya welcomes and acknowledges the invitation by the Federal Government of Somalia to restore diplomatic relations between Somalia and Kenya.

The latest gesture means the two countries have gone back to normal relations, even though the two sides still need to resolve a number of pending issues. It has been a week of climb-downs from both sides.

A note sent to Nairobi on Saturday said Somalia has, for the second time in a month, “normalized” relations with Kenya, bringing to an end six months of diplomatic bickering between the two countries.

“In the spirit of good neighborliness, the Federal Republic of Somalia calls on the Republic of Kenya to re-open its diplomatic mission in Somalia, and the Federal Government of Somalia will reciprocally re-open its embassy in Kenya.” “The resumption of full diplomatic relations will be a positive start to the commencement of bilateral discussions between the two countries.”

These moves pave the way for Kenya’s Ambassador to Somalia Maj-Gen (Rtd) Lucas Tumbo and Somalia’s Mohamud Nur Tarzan can resume their duty stations, if the governments retain them.

The two countries had been at loggerheads since December 15 last year when Mogadishu abruptly cut ties, blaming Kenya for what it called “constant interference” in Somalia’s internal affairs.

Kenya rejected the claims and a team formed by the Intergovernmental Authority on Development (Igad) to investigate claims returned a ‘no guilty’ verdict, which Somalia rejected.

However, there is a maritime dispute between the two countries which is awaiting a final verdict at the International Court of Justice (ICJ).

Although ICJ decision cannot be appealed, the feeling in Nairobi, even before the case proceeded, was that the maritime issue should be resolved through dialogue, rather than courts. In March, Kenya refused to take part in the final oral hearings, accusing the court of bias.

The two countries must also complete discussions on trade issues such as Somalia’s ban on Kenyan Mira, Kenya’s request to have Kenya Airways flights to Mogadishu and Hargeisa, and the enduring issue of refugees at Dadaab camp – the majority is from Somalia.

Last month, Kenya and the UN Refugee Agency (UNHCR) agreed to stagger the closure of Dadaab and Kakuma camps, to allow for a humane departure of refugees. In the past, a tripartite agreement involving Kenya, UNHCR and Somalia lasted three years, with only about 28,000 Somali refugees returning home voluntarily.

Kenya had argued that the camps are a security problem, but the refugee laws forbid forcible return. Some of the refugees have lived in the camp for nearly three decades.

“The government and the people of Kenya remain true partners for the peace and prosperity of Somalia and look forward to a renewal of the enduring bonds of friendship and partnership between Kenya and Somalia,” Kenya’s Foreign Affairs Ministry said last week in a note to Somalia