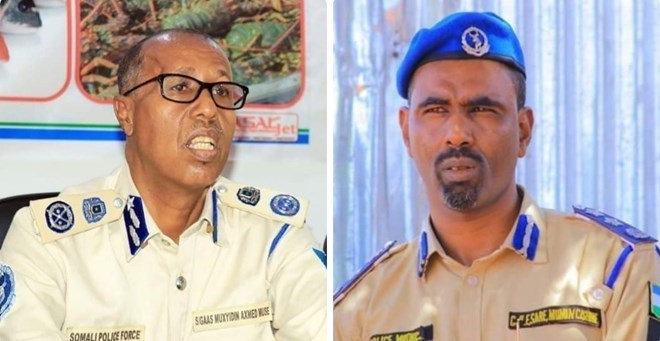 The Mudug regional police force was most recently under the control of the new police commissioner. In his place, Mohamud Abdihakin Yusuf took over.

The demise of al-Shabab, which the authorities have attributed to murders and explosions in Galkayo since 2008, was greatly aided by Brigadier General Mumin.

General Muhyadin Ahmed Musa was chosen by Deni to oversee the counterterrorism initiative.

Just a few months after Nugal region governor Abdisalan Gujir was killed in a suicide bombing in Garowe in March 2020, General Muhyadin was fired as the police chief of Puntland.