3 random shootings in US kill 9 people, injure several others 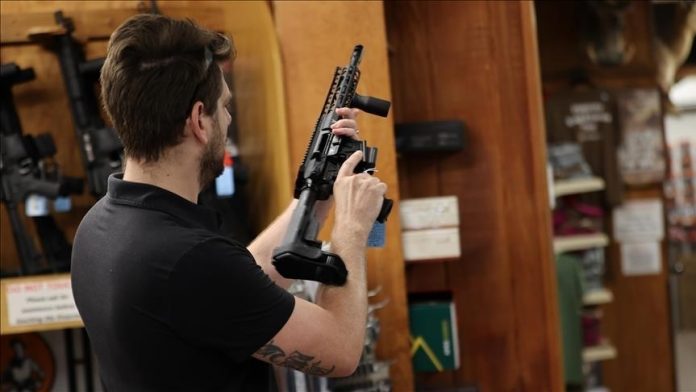 According to local police, at least three different incidences of random mass shootings occurred in the United States on Sunday, killing at least nine individuals.

On Sunday morning in Detroit, in the Midwestern US state of Michigan, a man began shooting at individuals for no apparent reason, killing four people, according to police.

According to the statement, three persons were killed: two ladies and one man, while an 80-year-old man who pleaded with the shooter to stop was injured.

Authorities stated that the shootings “looked to be completely random” and that no relationships between the victims had been discovered.

The statement said, “Our investigation is still in the early stages, and we vow to offer further information in the coming hours,” after stating that the gunman had been apprehended.

“There are more questions than answers,” said Police Chief James White, “but Detroiters can sleep easily tonight knowing this criminal is no longer on the streets.”

“I am convinced that gun violence is a national concern that cannot be remedied only by police action,” he continued.

“Unfortunately, and very sadly, and very evilly, this guy set fire to numerous properties, waited for those folks to come out, and fired upon them,” Houston Police Chief Troy Finner told reporters.

The man also fired at firefighters who were attempting to put out the fires before police arrived and shot him dead.

Authorities said the gunman was apparently distraught after being evicted from his home, which created a “trigger point” for him.

On Sunday, three individuals were killed in the third random shooting in the Pacific Northwest state of Oregon.

“A preliminary investigation indicates that at least one shooter was at the retail centre firing rounds in the parking lot,” the report went on. “Police believe the shooter then entered Safeway through the west entrance.” Inside the entrance, one individual was shot. That person was transported by medics and is no longer alive.”

“Police think the attacker continued firing through the business, shooting and killing another individual,” according to the statement. “Police discovered another person, believed to be the shooter, deceased in the store.”

According to the statement, there were no traces of rounds fired by Bend police officers at the location.

The statement stated that an inquiry is underway and that more information will be shared when it becomes available.