43 people are killed by landslides in Venezuela, and more deaths are feared. 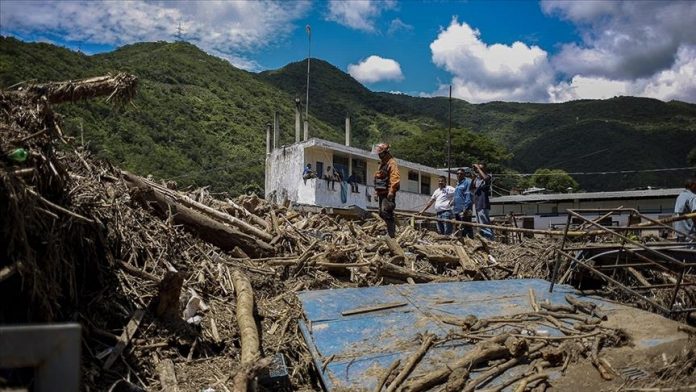 Somali Magazine -The death toll from landslides and heavy rains in the city of Las Tejerias in the state of Aragua has increased to 43, and it is anticipated to go above 100, according to Venezuela’s vice president on Tuesday.

In a video link with President Nicolas Maduro, Delcy Rodriguez provided the most recent statistics during a live broadcast on television from the scene.

“President, the number of the dead we have found has already surpassed 43 while we were connected with you. This indicates that we keep working and don’t stop “said Rodriguez.

Hours prior to the briefing, Maduro reported that 56 people were missing and 39 were dead.

“This tragedy now has almost a hundred fatalities,” he said.

Rodriguez promised that her team would keep interviewing the victims “house by house” after the live broadcast was over.

The authorities have stated that 300 tonnes of food and water have been distributed to locals as part of the government’s efforts to help those affected by the disaster.

Rodriguez added that eight out of the 19 water wells and up to 95% of the power grid had been repaired.

Numerous collection points have been set up across the country to assist the families in Las Tejerias due to the extensive damage in the area.

President Maduro expressed confidence in the efforts to rebuild the settlement while touring the affected area.

You can be sure that we will get it all back, he assured them.