7.8 million Somalis are now affected by the drought, according to the UN 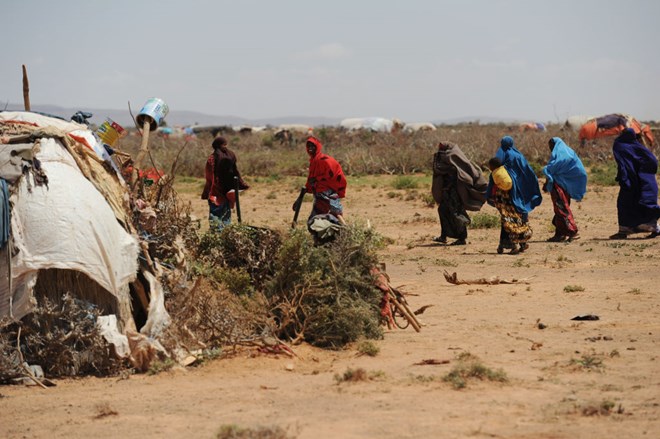 Somali Magazine  -As of August, 7.8 million people were affected by the catastrophic drought that is destroying sections of Somalia, according to a statement released on Friday by a UN organisation that deals with humanitarian issues.

In its most recent drought report, the UN Office for the Coordination of Humanitarian Affairs (UNOCHA) noted that the Bay and Bakool regions of southwestern Somalia are the worst hit, with more than 1 million people affected by the drought there, including 109,680 who are suffering from catastrophic levels of food insecurity and 145,931 who have been displaced.

According to displacement statistics issued by the UN Refugee Agency UNHCR, more than 755,000 people have been internally displaced in Somalia this year as a result of the severe drought, increasing the overall number to 1 million people since the drought started in January 2021.

The UN has issued a warning that Somalia is now at risk of going hungry due to the country’s severe drought catastrophe.

Communities all around the nation, according to the report, are dealing with one of the worst droughts in recent memory, which may force Somalia to declare a national emergency in November 2021.