A regional bloc warns that hundreds of thousands could perish from hunger in East Africa due to the drought. 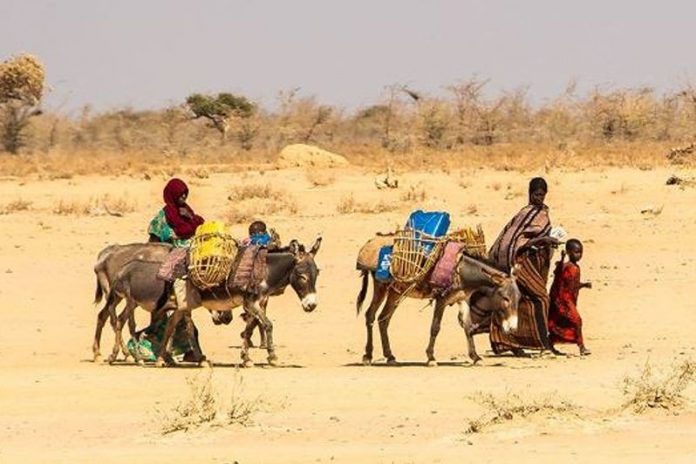 Somali Magazine -According to the leader of a regional bloc, more than 10 million children in East Africa are at risk of acute malnutrition and hundreds of thousands of people are at risk of dying from hunger, which is caused by droughts and escalating food insecurity.

Workneh Gebeyehu, executive secretary of the Intergovernmental Authority on Development, claims that the East African region is experiencing its longest dry spell in 40 years and the fourth drought in ten years (IGAD).

At a meeting with ministers from all IGAD members in Nairobi, Kenya, Gebeyehu stated that “over 10 million children are suffering from acute malnutrition across six of our member states.”

There were also representatives from the African Development Bank, the United States Agency for International Development, Sweden, France, the EU, and UN organisations.

Especially in Ethiopia, Kenya, Somalia, and Uganda, and especially among displaced populations, “tremendously high rates of acute malnutrition continue to be recorded across the region,” he said.

According to IGAD data, there are currently almost 13 million internally displaced people in East Africa, along with 5 million refugees and asylum seekers who are all food insecure.

According to Gebeyehu, nearly 388,000 people in seven IGAD states—or nearly 20% of the region’s population—are estimated to be at risk of going hungry, making up more than 51 million people who are extremely food insecure.

According to IGAD reports, the worst drought in 40 years is currently occurring in nearly all of Somalia, parts of Kenya, and southern and southeastern Ethiopia.

According to IGAD, the situation might soon get worse as weather predictions for the rest of 2022 aren’t much better, raising the possibility of a record-breaking fifth season in a row of below-average rainfall in the area.

In order to create and implement cost-effective solutions, the bloc urged regional governments to “identify the root causes of food insecurity.”