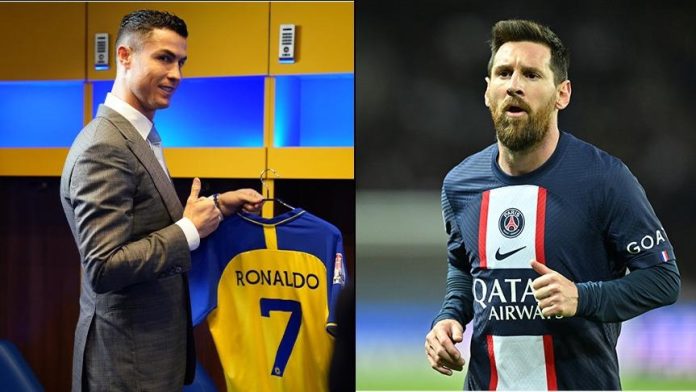 An auction charity ticket for a friendly match between football superstars Cristiano Ronaldo and Lionel Messi in Riyadh was won by a Saudi business tycoon for 10 million riyals ($2.66 million), according to an official.

A charity auction sold a “ticket beyond conception” to witness a friendly match between Saudi Al-Nassr FC and Al-Hilal SFC on the one hand and France’s Paris Saint-Germain on the other.

Turki Al-Sheikh, the president of the Saudi Entertainment Authority, made the news on Tuesday, saying a Saudi businessman had won the ticket.

The encounter, scheduled for Thursday, will be Ronaldo’s first since joining Al-Nassr from Manchester United.

The auctioned ticket was intended to promote the event by allowing the winner to meet the participants.

Tickets for the game were sold out as soon as they went on sale. The game will be played at Riyadh’s King Fahd International Stadium, which has a capacity of 70,000 people.