A Somali-Canadian climbs Mount Everest to raise funds for girls’ education in Somalia. 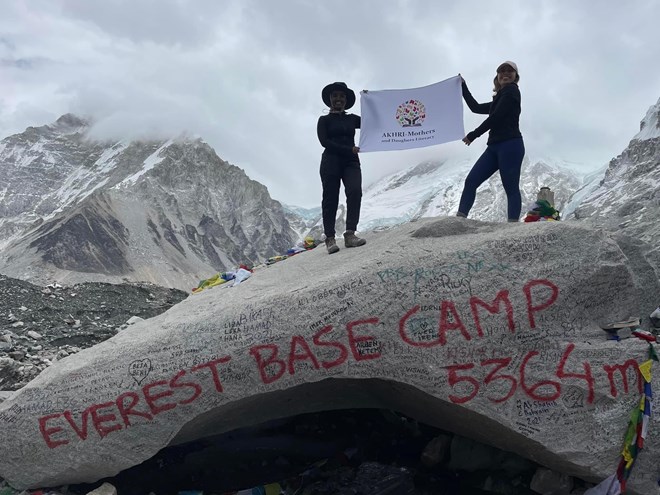 In support of literacy for girls and women in rural Somalia, a young Somali-Canadian woman is scaling the world’s highest mountain.

On Tuesday, Yasmine Elmi, a fourth-year University of Ottawa student studying Translational and Molecular Medicine (TMM), completed the 5,364 m (17,598 ft) walk to Mount Everest’s South Base Camp. AHKHRI – Mothers and Daughters for Literacy, a Canadian non-profit that supports basic literacy and education programs in Somalia, is the beneficiary of the expedition.

It took 9 hours to complete the eight-day journey.

Yasmine Elmi and her companion Jasmine set out with the goal of raising $2 for every metre climbed, totaling $10,728. The young girls, on the other hand, had already raised almost $11,000 by Tuesday morning.

The GoFundMe page is still open for last-minute donations.

Yasmine began her journey on May 9 in Lukla, a small town in north-eastern Nepal and followed the Dudh Kosi river to Phakding with the help of sherpas.

By her fourth day, on Friday, Yasmine had already reached Namche and was able to see the peak of Mount Everest. By then, she had already climbed close to 4,000m.

Along the way, she crossed rivers, glaciers and pasture.

Yasmine reached the base camp on Monday.

Ms. Elmi was a recipient of the 2021 RBC RBC Spirit of the Capital Youth Award, which recognizes young people in Ottawa for their achievements.

Yasmine Elmi works with youth, advocates for mental health as a peer educator, and volunteers at Ottawa hospital.

In the fall, she will be attending McGill University in Montreal as a McCall MacBain Scholar, a highly competitive full graduate scholarship. She is the first student from the University of Ottawa to receive the award.

She will be studying Family Health.