A survey of Somalia’s weaponry trade reveals the cost of civil war. 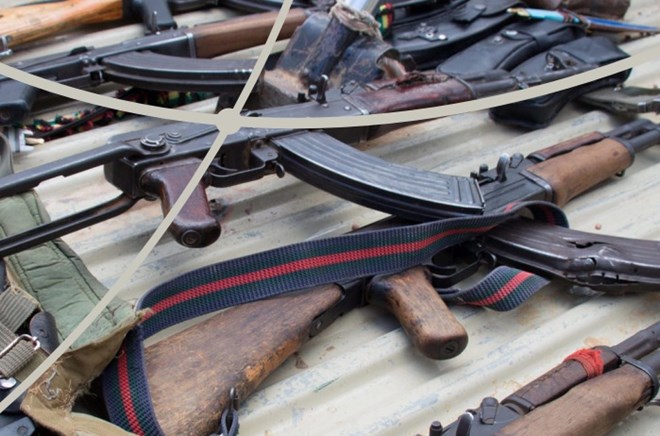 Additional findings from GI-TOC field researchers’ eight-month data collection between December 2020 and August 2021 are presented in this paper.

The analysis is divided into three sections:

The first is a price study of 13 illicit markets examined by the GI-TOC across Somalia.

The second section presents four case studies of relevance, including Iranian and Saudi-made equipment, as well as a series of Chinese assault rifles that were doctored to look like they were made in Russia.

The final section is a quick summary of the ammunition survey’s findings.

More than 60% of the illegal weapons discovered in Somalia were produced in China.

Almost all of the illegal weapons discovered in Somalia were made in the United States.

More than 60 per cent of the illicit weapons found in Somalia had been manufactured in China.

KLS and KLF assault rifles likely to be of Iranian manufacture – possibly part of illicit arms transfers from Iran to Yemen – were also documented by our researchers.

NATO-calibre G3 battle rifles and corresponding ammunition – some of which is of Saudi Arabian manufacture – are increasingly common in northern Somalia.

Weapons from Somali federal government stocks continue to leak into the illicit market.

Arms diverted into Puntland from Iranian and Saudi Arabian transfers to their respective allies embroiled in the Yemen conflict could have particularly destabilizing consequences in the region.

The deteriorating security situation in northern Somalia may also allow space for arms-trafficking networks to operate with greater ease.

In future, arms trafficking networks in Somalia may well spread further into the Horn of Africa.