A suspect in a London drive-by shooting has been apprehended by police. 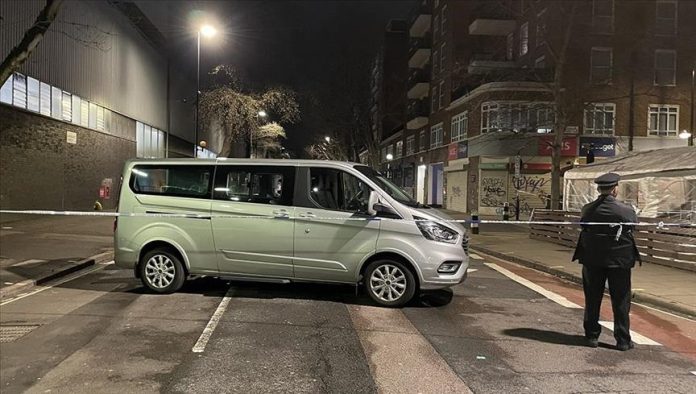 Police stated early Monday that they had detained a man on suspicion of attempted murder in connection with a drive-by shooting at a funeral in north London over the weekend that injured six people.

The Metropolitan Police stated in a statement that detectives probing the shooting outside St. Aloysius Church in Euston detained the 22-year-old guy.

“On Sunday, January 15, a car stopped in Cricklewood Lane, Barnet, soon before 4 p.m. The man was apprehended. He has been apprehended “It went on to say.

The incident occurred at 1.29 p.m. local time near St. Aloysius Church on Phoenix Road, where a funeral was being held.

Three women, ages 48, 54, and 41, were brought to a major hospital where their injuries were determined to be non-life threatening.

A seven-year-old child is still in the hospital with potentially fatal injuries. A 12-year-old girl with a minor leg injury was released from the hospital.

A 21-year-old lady was also rushed to a hospital in central London, where her condition was determined to be non-life threatening.

“Any gunshot incident is deplorable, but for numerous individuals to be injured, including two children, in the midst of a Saturday afternoon is shocking,” said Police Superintendent Ed Wells on Saturday.