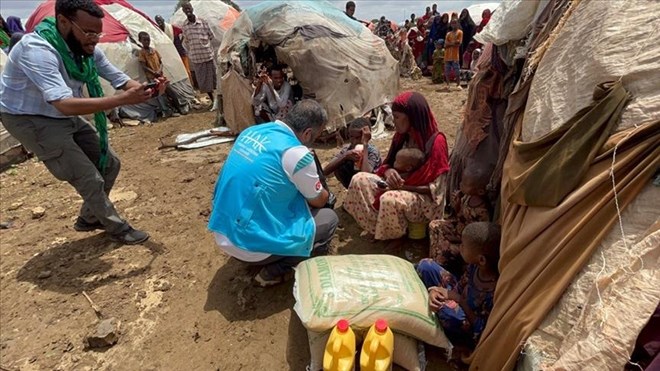 A Turkish humanitarian organization provided food to Somalians suffering from famine and hunger.

According to a statement from the organization, food was delivered to 50,000 people in five areas and ten camps as part of humanitarian activities in the area.

It was mentioned that relief activities are still going on in Baidoa, where the people most impacted by the famine and hunger migrated, and that the group also provided medical supplies to kids who had to be treated at a hospital due to the starvation.

Imdat Avli, the foreign relations coordinator for the Hak Humanitarian Relief Association, claimed that Fatuma from Somalia, who lost her 10-year-old son while emigrating due of the hunger, was the driving force behind the aid mobilization.