Abdirahman Warsame has said that he will resign as a member of parliament to take on the post of drought envoy. 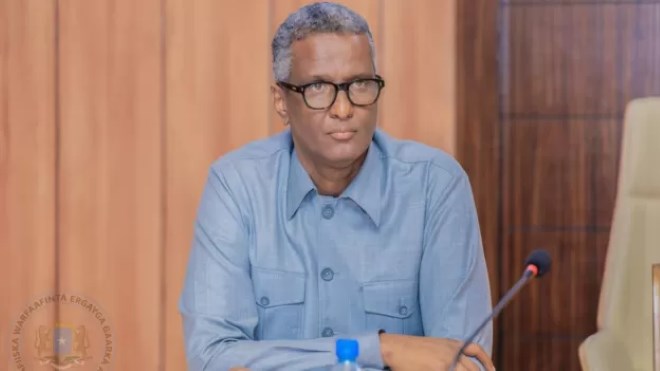 On May 24th, Somalia’s President selected MP Abdirahman Abdishakur Warsame as the Special Envoy for the country’s drought challenges. Questions were raised shortly after his appointment over the validity of his status as an envoy, given that he is a current member of parliament. ‎

In an interview with the BBC’s Somali-language station, MP Abdirahman remarked that being a Member of Parliament includes serving people. He sees employment as an important element of his responsibility as a Member of Parliament, and compares the appointment to serving on a legislative committee.

According to Article 59 of the Provisional Somali Constitution, a Member of Parliament can be disqualified from the seat if they accept to hold a government position other than a ministerial post.

Abdishakur Warsame’s appointment as the Special Envoy for Somalia’s drought comes as Somalia faces its worst drought in nearly 40 years.

According to the UN, Somalia is the most drought-impacted country in the Horn of Africa.

The UN in Somalia has launched a new allocation of 20 million U.S. dollars from the Somalia Humanitarian Fund (SHF) to provide immediate assistance to at-risk communities.