Abdirizak Omar Mohamed, a member of parliament, was elected chairman of the parliamentary speaker election committee. 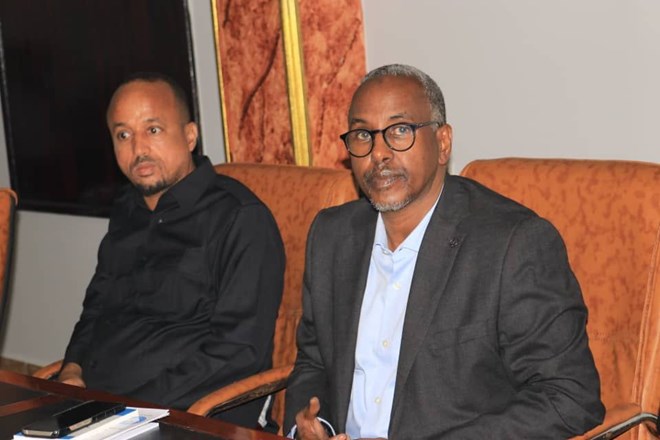 Mogadishu, Somalia – On Sunday, the organizing committee for the Lower House Speaker election convened in Mogadishu to elect their chairwoman and deputy chairperson.

Abdirizak With five votes, Omar Mohamed was elected chairman of the parliamentary speaker election committee, while Mohamed Abukar Abdi, who earned four votes, was elected secretary of the committee.

“I am honored to be elected as the Chair of the parliamentary committee charged with overseeing the election of House of Commons Speakers. We will do it promptly so that the electoral process in Somalia can be completed as soon as possible. Thank you to my coworkers for believing in me “Following the vote, committee chairman Abdirizak Omar Mohamed stated.

The committee was constituted by Somalia’s Lower House on Thursday during the country’s first parliamentary session. The committee is tasked with expediting the process of electing the Speaker of the 275-member House of the People and ensuring the smooth running of the election process.

A similar organizing committee convened on Saturday to elect the chairwoman and deputy chairperson in charge of planning the Speaker of the Upper House election. Senator Adan Abdinasir Mohamed was named Chairman of the Upper House Election Committee, and Senator Samsam Dahir Mohamud was named Chairman of the Candidate Registration Committee. Senator Farhan Ali Hussein was elected as the Finance Committee’s Chairman.

In the next days, a schedule for the elections for Speakers of both Houses of Parliament is expected.