According to a Crimean Tatar deputy, Ukraine will not compromise on territorial integrity. 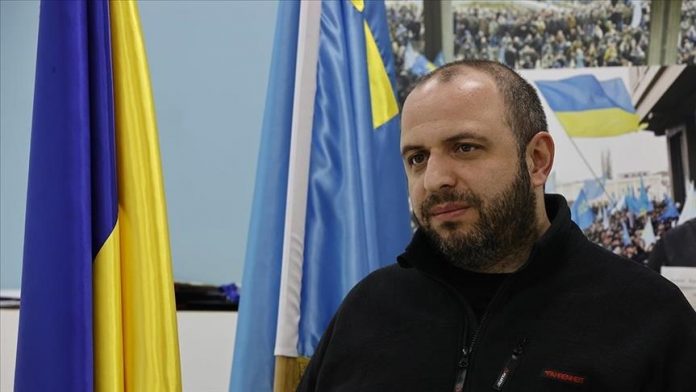 On Tuesday, a Crimean Tatar lawmaker in Ukraine’s parliament stated that the country’s territorial integrity will not be compromised.

“Our red lines are Donbass and Crimea, which Russia has unjustly occupied,” Rustem Umerov said in an exclusive interview with Anadolu Agency.

“We will not give up our people or our territory,” he declared, emphasizing that they are preserving their territorial integrity.

“We will discuss the status of the Tatar population in Crimea as well as other humanitarian issues,” he continued, alluding to Russia’s unlawful annexation of the Ukrainian peninsula in 2014, which some Ukrainians consider as a prelude or first act of the present war.

“There is nothing to debate about Crimea’s position as a part of Ukraine recognized by the international community.”

Oppression of Tatars in Crimea

After taking it over in 2014, Moscow turned the Crimean Peninsula, which is home to around 350,000 Tatars, into a large Russian military base by deploying weapon systems as well as 150,000 soldiers.

Turkiye and the US, as well as the UN General Assembly, view the annexation as illegal.

Since that time Crimea’s ethnic Tartars have faced a “systematic oppression and intimidation campaign,” in the words of the Turkish Foreign Ministry, including the banning of their representative body the Mejlis, raids on homes and mass detentions, and suppression of the right to assembly and protest as well as freedom of expression.

Umerov, who is also a member of the Ukrainian delegation negotiating with Russia, said his country is putting up a stiff fight against Russia both on the battlefield and at the negotiating table.

“By initiating negotiations with Russia, we wanted to show to the world that we want the war to end,” he said, adding the negotiations are taking place in a difficult environment.

Heavy Russian attacks on the Azovstal Steelworks in the besieged southern province of Mariupol stalled the negotiations, Umerov added.

He praised Ankara’s support for Ukraine in many fields, including humanitarian, political and diplomatic.

“Owing to Turkiye’s support, we feel stronger at the negotiating table,” Umerov noted.

At least 3,381 civilians have been killed and 3,680 others injured during the ongoing Ukraine war that started on Feb. 24, according to UN estimates. The true toll is feared to be much higher.