According to Biden, Poland’s freedom is America’s freedom. 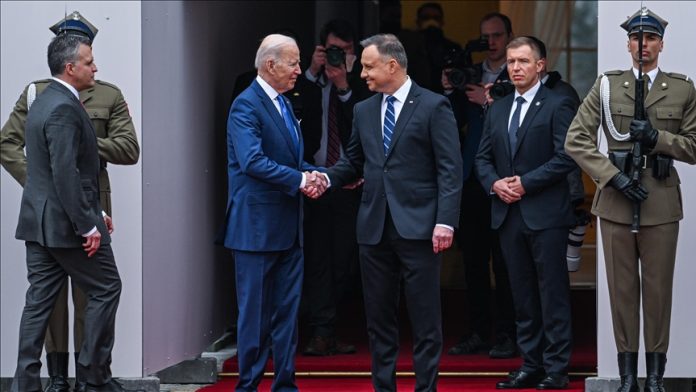 Biden emphasized the importance of NATO during a two-day visit to the country, which borders embattled Ukraine and has taken in millions of Ukrainian refugees, according to a White House statement, calling the bloc’s collective defense agreement a “sacred commitment.”

“President Biden reaffirmed the United States’ unwavering commitment to Article 5 (on collective defense) and the security of all NATO allies,” according to the statement.

Ukraine has asked NATO for more assistance in repelling Russian forces, despite the fact that it is not a NATO member. However, Biden’s invocation of the US obligation to assist in the protection of Poland, which has been a member of NATO since 1999, appeared to be a warning to Russia to refrain from expanding its hostilities to other NATO members.

The White House added, “The leaders discussed ongoing international efforts to impose tough sanctions on Russia for its unjustified and unprovoked attack on Ukraine.”

“They also talked about how they’re going to keep supporting the Ukrainian government and people.”

He also stated that Poland bears the brunt of the humanitarian crisis, with at least 2 million of the 3.5 million people fleeing Ukraine arriving in Poland.

Biden, who recently stated that the United States will accept 100,000 refugees, also stated that NATO allies should do more.

They also talked about “strong bilateral defense cooperation,” “US support for Europe’s efforts to reduce its reliance on Russian energy and meet our climate goals,” and “the democratic values that underpin the transatlantic relationship,” according to the statement.

The war between Russia and Ukraine, which began on February 24, has sparked international outrage, with the EU, the United States, and the United Kingdom, among others, imposing tough financial sanctions on Moscow.

According to UN estimates, at least 1,035 civilians have been killed and 1,650 injured in Ukraine, though the true figure is likely much higher.

According to the UN refugee agency, more than 3.7 million Ukrainians have fled to neighboring countries, with millions more displaced within the country.