According to Ethiopia’s TPLF, Eritrean forces remain in Tigray. 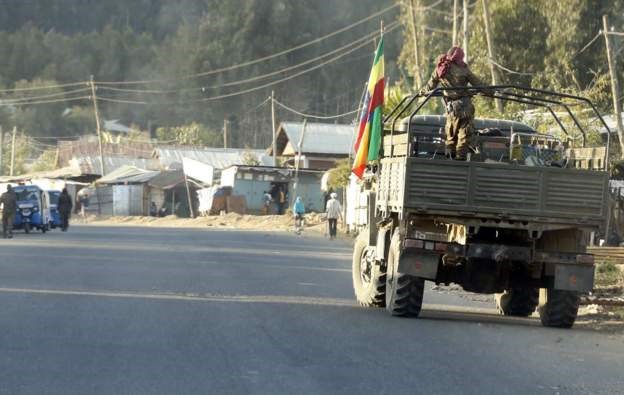 Last week, Mr Obasanjo told the Financial Times that “all Eritrean forces” who had been fighting alongside Ethiopian federal troops in the Tigray war that erupted in November 2020 had been withdrawn to the Eritrean border.

“The truth is that Eritrean military remain in Tigray, not at the frontiers!” This current image depicts Eritrean forces in Shire. Tigray had turned up heavy weaponry, and Eritrean and non-ENDF forces were supposed to leave Tigray at the same time, according to the contract,” he claimed.

Mr Obasanjo’s statements have also been challenged by TPLF spokeswoman Getachew Reda who stated AU officials should “perform their job first before such remarks are made”.

As part of the peace agreement with Prime Minister Abiy Ahmed’s administration, TPLF fighters have been handing over heavy weapons to federal troops.

Separately, Dimtsi Weyane TV, which is owned by the TPLF, stated that an Amhara paramilitary organization is purportedly forcing locals in a disputed territory between the Tigray and Amhara provinces to register as ethnic Amhara.