According to local officials, missile attacks in Ukraine’s capital have killed one person and injured ten others. 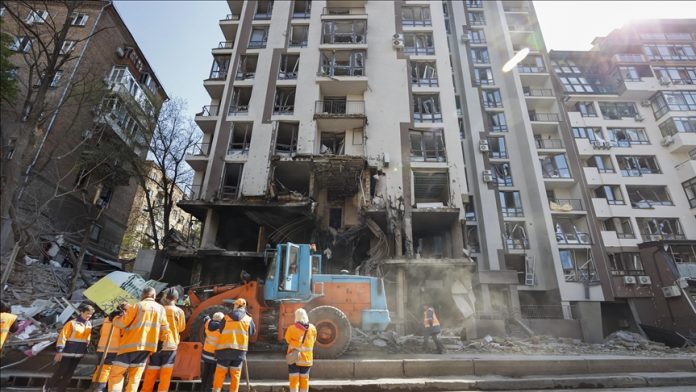 Local sources told Anadolu Agency on Friday that at least one person was killed and ten people were injured in a missile strike in Ukraine’s capital, Kyiv, on Thursday.

In the city’s Shevchenkivskyi area, two missile attacks were recorded, one damaging a factory and the other a residential structure.

Four of the injured were reportedly brought to the hospital.

The places in issue were attacked by Russian missiles launched from the Black Sea, according to Anton Gerashchenko, the interior minister’s assistant. Six persons were injured in the event.

The attack occurred on the same day that UN Secretary-General Antonio Guterres paid a visit to Borodyanka, Bucha, and Irpin in Ukraine.