According to the drought envoy, the UK’s diminished influence harms Somalia’s efforts to fight famine. 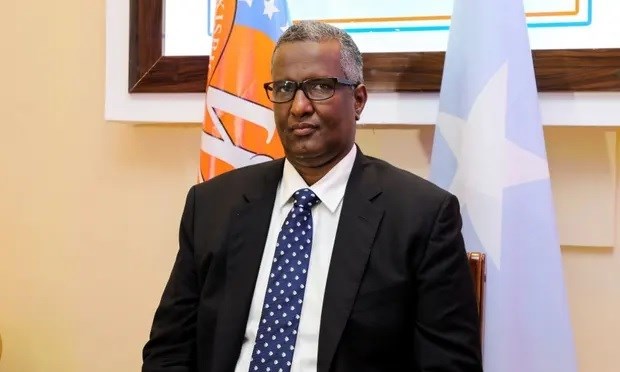 According to a senior member of the Somali government, the UK has lost its position as the world’s undisputed leader and is betraying its allies.

The presidential envoy for Somalia’s drought response, Abdirahman Abdishakur Warsame, stated that Britain used to be second only to the US as a major player in international forums and advocacy, but that it has since slipped. He claimed that countries like Somalia were being abandoned without support to face “the new climate reality.”

Abdishakur said in an interview with the Guardian that it was extremely upsetting that the international community was ignoring the impending famine and not honouring the long-standing commitment to allow poorer countries access to an £87.5 billion climate fund to alleviate the crisis.

In Somalia, “we are currently experiencing the deadly effects of climate change,” he said. “We don’t have a penny of that climate fund, and millions of children are malnourished, many of whom will die.”

The special envoy, who is currently in Europe to rally support for Somalia’s crisis, claimed that his meetings with government representatives had been depressing. “Nobody cares about the environment or food security. Ukraine, Ukraine, and more Ukraine. It receives all of the political focus.

Everyone has been advising that when famine is declared, attention will be paid, he said. “The scale of what we are facing is greater than in 2011, when we lost a quarter of a million of our citizens. However, in 2011 the population was cut in half before famine was declared.

Abdishakur insisted that his nation deserved more assistance. “In Somalia, we are more than just famine. After a protracted conflict and a successful, peaceful election, we are now establishing our institutions, constructing our national army, and repressing al-Shabaab, an Islamist insurgency. We do, however, also currently experience a drought.

“The UK’s leadership was essential during the 2017 drought, and its advocacy and vigour inspired others like me to match that commitment. Somalia had a great ally in Britain, but that is no longer the case.

“The UK is still an ally and aids in security, but neither in leadership nor in aid when it comes to humanitarian response. All of it is gone. In the past, the UK offered exemplary leadership that others would imitate.

According to Abdishakur, Somalia would be able to import infrastructure and technology to support and expand its agriculture and fisheries.

“Somalis are tough individuals. “The world can learn from them how to be resilient in the face of such pressure,” he said. “They cope with all the pressures of insecurity and drought.

“The sense of clan and community is very strong. More than any aid or donations, the $2 billion (£1.8 billion) a year sent home by the Somali diaspora keeps people alive and families together.

But he added that assistance from nations like the UK was crucial.

“The effect might have been less if we hadn’t had the invasion of locusts, Covid, and Ukraine, but the drought is brought on by climate change. There have now been four unsuccessful rainy seasons. Drought cycles used to occur every ten years; they now occur every four and, soon, every two.

“That was caused by the climate crisis, not Somalia,” the speaker said.