According to US media, a China Eastern Airlines plane was deliberately shot down. 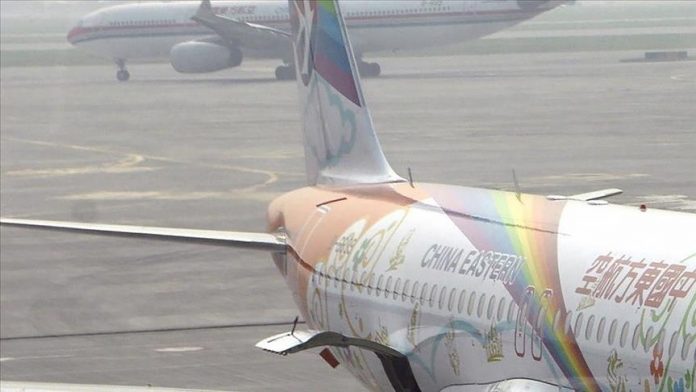 According to US media accounts, the deadly crash of a China Eastern Airlines plane in March this year was “deliberate.”

The Wall Street Journal claimed on Tuesday night, citing US sources, that “flight data indicates someone in the cockpit purposefully wrecked a China Eastern jet.”

“According to persons acquainted with the situation, the intelligence acquired so far in the China Eastern probe has led US officials involved in the investigation to focus on the activities of a pilot.” Another hypothesis is that someone else on the plane broke into the cockpit and purposefully caused the crash.”

Beijing is yet to respond to the claims.

However, Chinese state-run Global Times quoted US’ National Transportation Safety Board (NTSB) saying it “did not release any investigation information about the cause of the crashed China Eastern MU5735.”

The NTSB said it has assisted Civil Aviation Administration of China (CAAC) with the probe into the crash and “all information related to that investigation will be released by the Chinese aviation regulator.”

The flight was heading from the southeastern city of Kunming to Guangzhou, a port city near Hong Kong.

All the passengers and crew on board were declared dead several days later after the crash and were identified through DNA testing.

“The plane did what it was told to do by someone in the cockpit,” the report claimed quoting the American official’s preliminary assessment.

The assessment was made after an “analysis of information extracted from the plane’s damaged flight-data recorder,” it added.

The American ABC News also claimed the same, again quoting unnamed US officials: “The China Eastern Airlines plane crash that killed 132 people is believed to have been caused by an intentional act.”

“Chinese authorities, who are leading the investigation, so far haven’t flagged any mechanical or flight-control problems with the plane,” the American official told the WSJ.

After an intense search, the rescue teams found the plane’s two black boxes, one of them was “badly damaged.”

Search teams found some 36,000 pieces of wreckage at the site.

Chinese authorities had said the weather was not hazardous at the time of the accident and the flight had normal communication with air traffic control until its sudden fall.

The plane itself was in proper flying state and the pilots too were in good health, an official of China Eastern Airlines earlier had said.