Africa defies the Covid-19 problems by increasing military spending, according to a new analysis. 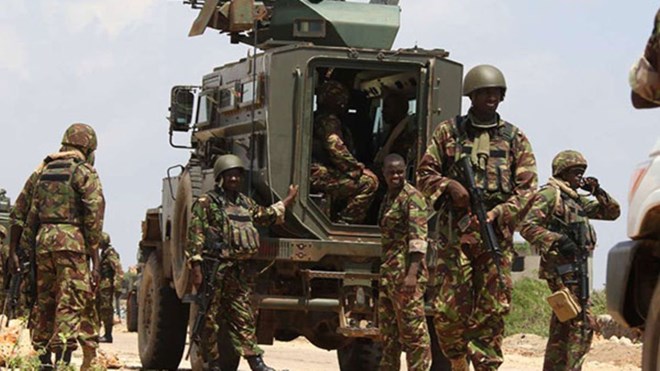 Despite the economic downturn induced by by the Covid-19 outbreak, African countries increased their military spending last year.

According to a new analysis, African countries boosted their military spending by 1.2 percent in 2021 over 2020.

According to a research by SIPRI Fact Sheet, which monitors the Arms Industry Database, African governments spent $39.7 billion on military weapons.
African military spending followed three distinct trajectories, according to a report by the Stockholm International Peace Research Institute (SIPRI). It first increased steadily between 2012 and 2014, then declined for four years until 2018, and then increased for three years in a row until 2021, for a total increase of 2.5 percent.

The long-standing tensions between the two largest spenders in North Africa—Algeria and Morocco—worsened in 2021. Algeria’s military expenditure fell by 6.1 percent in 2021, to reach $9.1 billion, while Morocco’s spending grew by 3.4 percent, to $5.4 billion.

Between 2020 and 2021, Nigeria raised its military spending by 56 percent, to reach $4.5 billion. The increase came in response to Nigeria’s various security challenges, such as attacks by Islamist extremists and separatist insurgents. South Africa, the second-largest spender in the sub region, cut its military expenditure by 13 per cent, to $3.3 billion in 2021.

Over the decade 2012–21, Kenya and Uganda have both faced insurgencies that have influenced their military spending. Between 2012 and 2021, military expenditure rose by 203 per cent in Uganda but remained relatively stable in Kenya (down by 4.5 per cent).

Military spending by Angola fell by 66 per cent over the same period. The worsening economic conditions in Angola from around 2015—largely caused by low oil prices and slumps in its oil production—and the slow pace of economic recovery in more recent years was central to the sharp drop in Angolan military spending over the decade.

Globally, the world military expenditure in 2021 surpassed the two trillion US dollar mark for the first time, reaching $2.113 trillion.

The United States (accounting for 38 percent of world military spending in 2021) and China (14 percent) remained by far the two largest spenders. There were, however, some notable changes in ranking among the top 15 between 2020 and 2021. The United Kingdom and France each moved up two ranks, becoming the fourth and sixth largest spenders in 2021, respectively.