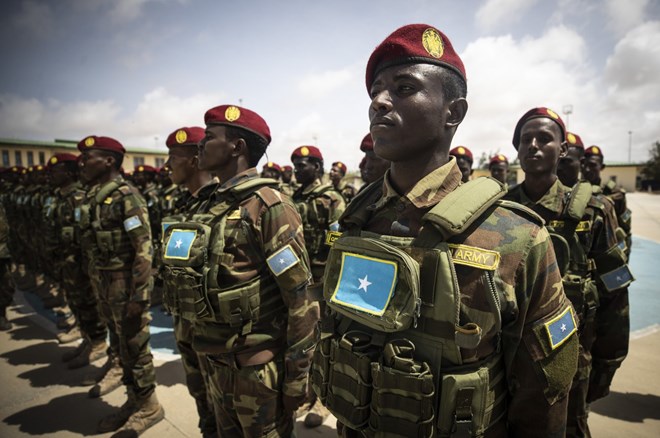 Following the signing of a framework agreement in 2010 between Turkey and Somalia on military education, technical and scientific cooperation, relations between the two nations advanced with President Recep Tayyip Erdoan’s visit to Somalia on August 19, 2011.

Aid operations and activities continue to strengthen and develop the Somali security forces’ organisation, education, training, military infrastructure, and logistics systems at the barracks on the Indian Ocean’s shore.

The location is where the country’s officers and sergeants are trained.

After completing adjustment training, Somalis who have completed their high school education, meet the physical and health standards, and pass the exam and interview are admitted to the academy as military pupils.

A continental internship programme is held at the barracks at the end of the year in collaboration with Somali troops. Turkish military forces and Somali soldiers who speak Turkish offer the training.

“African Eagles”
At the STGK Unity Training Group Command, which graduated its first class in 2018, troops get three months of basic military training from Turkish military officers and Somali soldiers who have previously graduated from STGK military schools.

Sergeants who successfully finish the course are then sent to Isparta for 10 weeks of commando training, after which they are awarded a commando badge and assigned to the Somali National Army. Türkiye also provides weapons, vehicles, and other equipment.

These programmes’ “African Eagles” play a crucial part in preserving the country’s security.

STGK is constantly present with the Somali Armed Forces.

STGK Cmdr. Brig. Gen. Hakan Dinçer indicated in his statement that the command began operations at the Anatolia Barracks on September 30, 2017, in accordance with bilateral agreements negotiated between Turkey and Somalia.

“The officers and sergeants who graduated from here continue their study in classroom schools and training centre commands in Türkiye before returning to Somalia and beginning their duties in their new units.” Commando battalions that have finished their basic military training are transported to Isparta for commando training, after which they join the ranks of the Somali Armed Forces. Aside from these trainings, refresher trainings are offered to troops and personnel who have completed their training and served on the continents, both in the Anatolia Barracks and in other barracks, and when the need for extra training arises, are delivered in Somalia or in Türkiye. We are always with the nice and brotherly people of Dinçer stated, “Somalia and the Somali Armed Forces.”