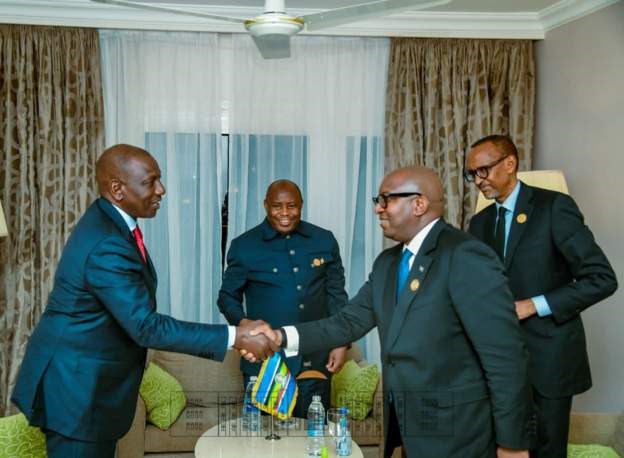 In order to discuss the escalating unrest in the eastern Democratic Republic of the Congo, regional leaders met in Egypt on Monday night under the leadership of Burundian President Evariste Ndayishimiye, the EAC’s chair.

Presidents Paul Kagame of Rwanda, William Ruto of Kenya, Samia Suluhu of Tanzania, and Sama Lukonde of the Democratic Republic of the Congo all attended the meeting outside of the COP27 summit.

The meeting’s resolutions have not yet been made public.

As tensions between the neighbours continue to grow, a Congolese fighter plane entered Rwandan airspace on Monday before returning to Goma in eastern DR Congo. It was deemed a “provocation” in Kigali.

Kinshasa charges Kigali with aiding the M23 rebels, who currently rule over a major portion of Rutshuru territory in the North Kivu region. Rwanda has consistently refuted the claims.

Armed groups that have kept the area tense for close to three decades have been combated by army contingents from Burundi, Uganda, and Kenya in eastern DR Congo.