After a close election, “Hustler” Ruto is elected as Kenya’s fifth president. 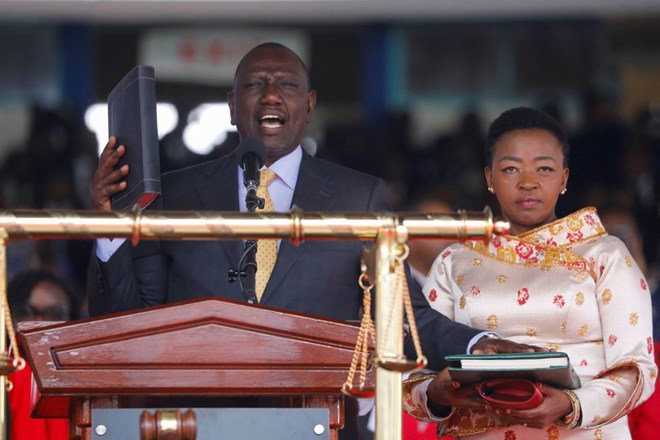 In a closely contested election that he won by portraying himself as an underdog “hustler” taking on the elite, William Ruto was sworn in as Kenya’s fifth president on Tuesday, a week after the Supreme Court rejected a challenge by his defeated rival.

At the ceremony, Ruto declared, “A village boy has become the president of Kenya,” to loud applause from the audience.

Ruto, who served as vice president for the past ten years, must now deal with an economic crisis in the richest and most stable country in East Africa, where food and fuel prices are skyrocketing, the unemployment rate is high, and the public debt is increasing.

Despite a public rebuke from his boss, outgoing President Uhuru Kenyatta, who claimed Ruto was “not fit for office,” the 55-year-old won the election last month. In a bitter, highly personal campaign, both sides levelled charges of corruption.

Ruto was charged with cheating his way to victory by Raila Odinga, the veteran opposition leader who was Kenyatta’s preferred successor. However, Odinga accepted the Supreme Court’s decision upholding the outcome, allaying worries of political unrest similar to that experienced after contested elections in 2007 and 2017. View More

In a deep purple stole with the word “PEACE” embroidered on it, Bishop Mark Kariuki thundered, “There should be no retribution,” at the ceremony on Tuesday.

Odinga was not present, but Kenyatta gave Ruto a handshake before the ceremony and sent him a message of congratulations the night before.

In a region where some leaders have held power for decades, Kenya’s democratic credentials will be enhanced by the peaceful transfer of power.
Katharine Houreld contributed additional reporting; George Obulutsa and Katharine Houreld wrote the article; Aaron Ross, Ed Osmond, Alex Richardson, and Catherine Evans edited it.

Numerous African leaders attended, including Yoweri Museveni of Uganda, who has been president for 36 years, and Ismail Omar Guelleh of Djibouti, who has been in office for 23 years.