After a diplomatic spat in Madeira, a new chief for the AU mission in Somalia is due. 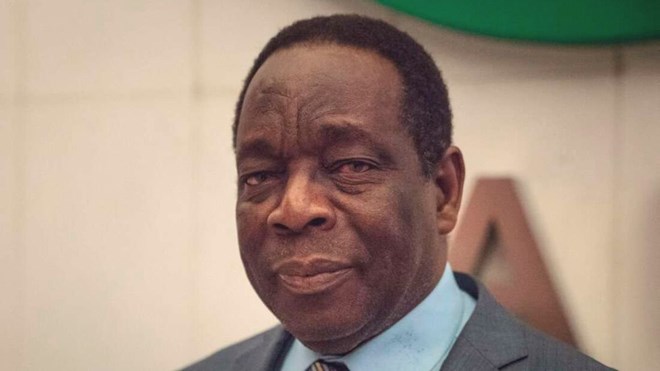 After a deteriorating relationship between the host government and the mission’s director last week, the African Union Transitional Mission in Somalia is anticipated to have a new commander in the coming days.

Francisco Madeira’s return to Somalia after the government stripped him of diplomatic privileges would be “unrealistic,” according to diplomatic sources.
Mr Madeira, a Mozambican, was reportedly pressured to resign so that it did not appear that he had been sacked, according to the source.

Mr. Madeira did not respond to our requests for information.

After Amisom, the largely military mission targeting al-Shabaab that lasted three years, the head of the African Union Transitional Mission in Somalia (Atmis) would have been celebrating the first few weeks of a new sort of peacekeeping body.

The transition period, however, coincided with revelations that Mr Madeira had run into trouble with the Somalia government after an audio emerged of him lampooning government officials for lethargy in dealing with security problems.

As of Thursday this week, the African Union Chairperson Moussa Faki Mahamat was publicly adamant that he had “full trust and confidence” in Mr Madeira, a position supported by President Mohamed Farmaajo of Somalia, but which his Prime Minister Hussein Roble did not agree with.

Mr Madeira’s expulsion orders were carried out on Monday, with Mr Roble stripping him of diplomatic privileges such as VIP airport access, canceling his diplomatic work permit, and other power trappings he enjoyed while serving as the African Union Commission chairperson’s special representative and head of Atmis.

Persona non grata has been declared.

According to one diplomatic source, Mr Madeira had already departed Mogadishu before he was proclaimed persona non grata on Friday last week.

However, he had left behind a shambolic secretariat. A leaked document this week revealed that his juniors were not on speaking terms with him, and that several had been absent from the office without permission.

The memo in question was authored by Mr Madeira’s deputy, South African diplomat Fiona Flortan, who complained of a “breakdown in relationship” with Babatunde Taiwo, the head of political affairs at the Mission.

Atmis hasn’t publicly commented on the issue of Mr Madeira, except in retweeting a brief statement from Mr Faki.

According to the allegations

Mr Madeira was accused of mistreating personnel, including refusing to give sanitary towels, using abusive language, misappropriating Amisom funds for political advantage, and taking sides in circumstances where the mission was supposed to remain impartial, according to the report.

According to a leaked report written last week by Walters Samah, the Amisom Mission cell analysis chief, “Madeira has declared multiple times that Amisom will remain impartial amid political disagreements between Somali officials, but this has not been matched by his actions.”

“Madeira imposed an unpredictable management and leadership style marked by fear, suspicion, threats, corruption, favoritism, bullying, and intimidation,” the study continued, warning that if left unchecked, the mission could fail to use its position to promote Somalia’s political process.

Appointed in 2015, Mr Madeira, an experienced diplomat, has held the job since January 2016. He previously served as AU’s special envoy for counter-terrorism.

Our diplomatic source said one problem with the AU mission in Somalia is that “it doesn’t change its civilian heads regularly, making them develop interests.”