After defeating Manchester City, Real Madrid will play in the 2022 Champions League final. 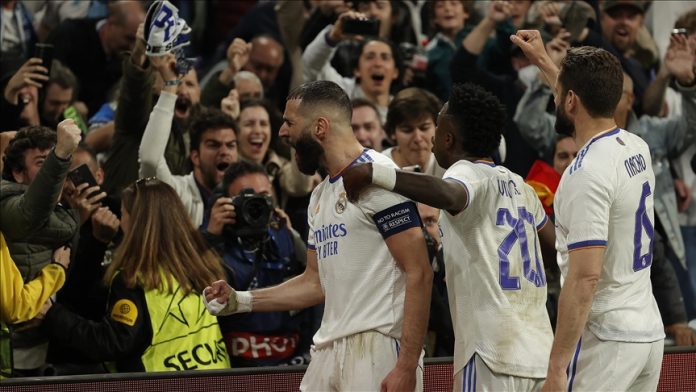 Real Madrid advanced to the 2022 UEFA Champions League final after defeating Manchester City 3-1 in extra time in a thrilling contest on Wednesday.

After a scoreless first half, Man City seized the lead in the 73rd minute with a goal by Riyad Mahrez at Santiago Bernabeu Stadium in Madrid.

However, in extra time in the second half, when Man City fans were confident of their team’s victory, Brazilian sensation Rodrygo stunned everyone by scoring two goals in the 90th and 91st minutes, tying the aggregate and requiring extra time to determine the winner.

French attacker Karim Benzema, who scored his 43rd goal in 43 matches this season, made it 3-1 from a penalty kick in the 95th minute and Los Merengues reached the final with a 6-5 aggregate win to take on Liverpool at Stade de France in Paris on May 28.

The upcoming final between the two sides will be a rematch of the 2018 Champions League final, which was won by Real Madrid 3-1.