After losing the presidential election in Puntland, President Deni returns to Garowe. 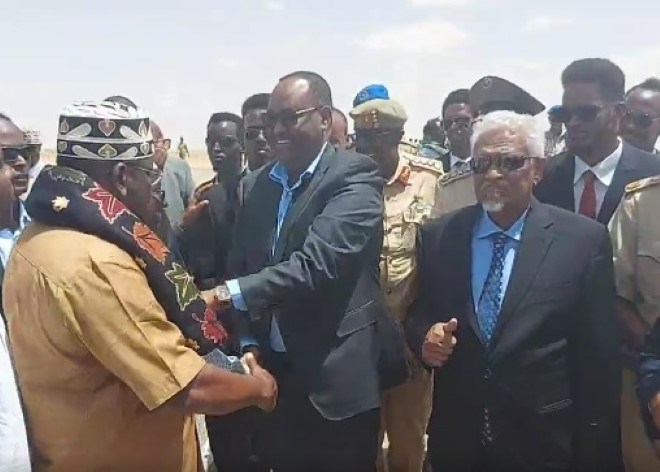 Puntland President Said Abdullahi Deni returned to Garowe on Tuesday after a month away campaigning for the national presidency. ‎

Deni faces a political showdown in Puntland with his Vice President, Ahmed Karash, who took over as acting president two days after Deni landed on the campaign trail in Mogadishu six weeks ago.

Deni could not execute his obligations as Puntland President while running for Somalia’s top seat, Karash declared at the time during a weekly cabinet meeting.

Deni snubbed his deputy right away, claiming that “any edict made by the Vice President while I am absent from Puntland shall not apply.”

In early May, Puntland Vice President Ahmed Elmi Osman Karaash replaced three influential top ministers who were close allies of Said Deni in a major reshuffle amid the growing political standoff. However, the changes have not yet been implemented. ‎

‎According to reports, differences between Deni and his deputy have been resolved amicably, and relations are returning to normalcy.

Karash was among the senior Puntland politicians who travelled to Garowe’s airport to welcome Said Deni following his loss in the presidential elections. Despite a strong initial showing in the first round, Deni finished third in the race, dropping out before the final round of voting between fellow challenger Hassan Sheikh Mohamud and incumbent Mohamud Abdullahi Farmajo.
‎