After the wildfires in Argentina, animals are healing in medical centers. 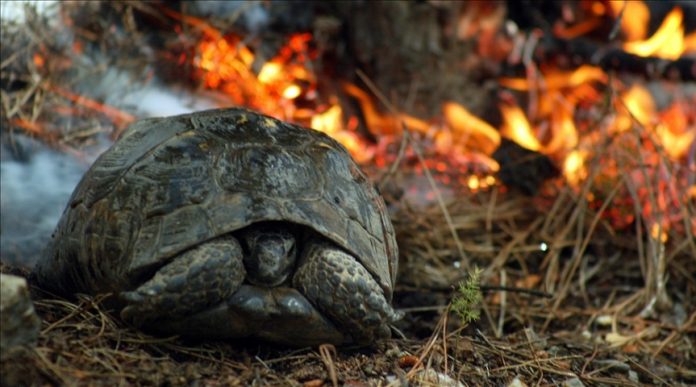 Injured animals are being treated for their wounds after surviving wildfires in northern Argentina earlier this year.

Although the exact number of animals affected by the wildfires is unknown, there has been a considerable increase in the number of animals visiting the center this year, with 400 animals purchased in the previous year, he noted.

According to Segovia, 72 animals are currently receiving care and 80 are being rehabilitated.

According to reports, wildfires in the northern state of Corrientes damaged 3.5 million acres of land.to authorities.

Aside from the deaths and injuries, the fire forced many animals to evacuate their homes until it was totally doused in the second week of March.

High heat and drought reduced lakes and water bodies in Corrientes, Segovia said, implying that climate change played a part in the wildfires.

“Animals whose habitats were water bodies like lakes and dams were the most harmed by the flames.” Anteaters, snakes, and turtles, which have limited mobility, were also harmed.”

He claims that there is still enough space for animals to survive in their natural habitat, but that it is rapidly disappearing due to severe drought.

According to Segovia, all animals undergo the same burn injury treatment, but the recovery process differs depending on the species.