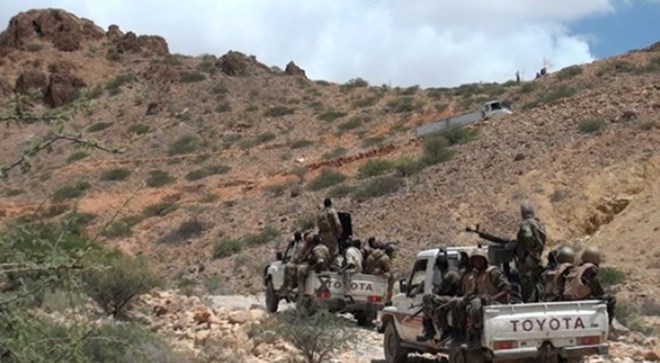 Al-Shabaab attacked a Puntland military base early Sunday morning, according to reports from Af-Urur village in the Bari region of Puntland.

The offensive began with mortars and small weapons fire from Al-Shabaab, and was followed by a gun fight between Puntland forces and Al-Shabaab.

Al-Shabaab earlier struck Af-Urur, 70 kilometers from Bossaso, in one of Puntland’s bloodiest attacks.

In June 2017, an al-Shabaab attack on Afurur killed more than 50 Puntland soldiers after raiding a Puntland military base in Af-Urur.

The violent rebel group Al-Shabaab has been conducting a murderous battle against Somalia’s internationally supported government for almost a decade.