Al Shabaab fighters are attacked by SNA-Macawisley outside of Adan Yabal. 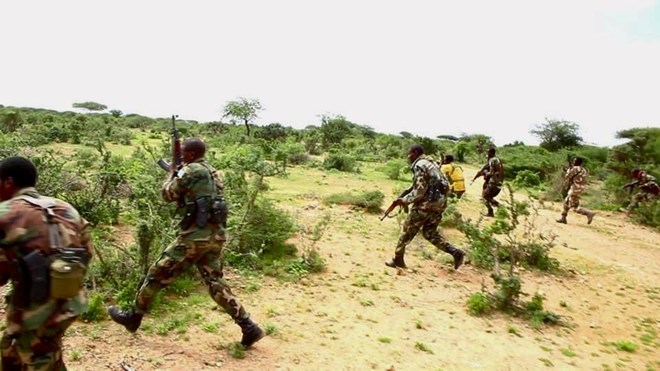 – On Monday morning, fierce fighting broke out between Al Shabaab fighters and Somali government forces in the vicinity of the villages of Wartadibi Samatar and Boos Adur in Middle Shabelle’s Adan Yabal district. The fighting was supported by local Macawisley clan militias.

According to reports, the combined government forces struck the region from three angles.

According to reports, the current fighting in Wartadibi Samatar and Bos Aduur is fierce and involves the use of several calibers of weapons. Heavy weapons was audible throughout the morning conflict, according to locals living on the borders of the Adan Yabal area.

Although losses are anticipated, it is yet unknown how many people will pass away as a result of the battles.