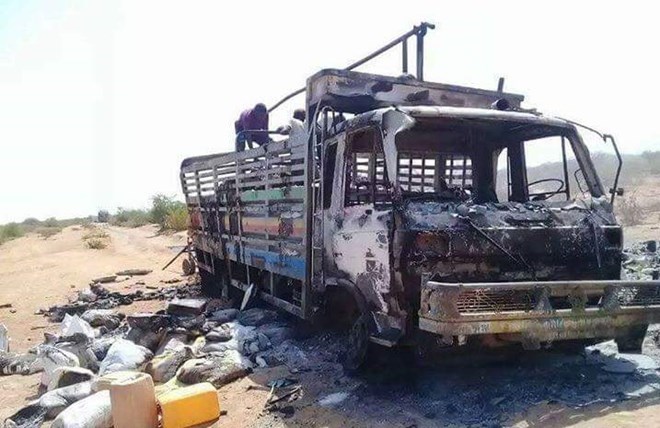 In Afar-irdod hamlet, which is situated between Beledweyne and Mahaas district in the Hiiraan region, militants from Al Shabaab reportedly massacred at least 15 people while riding in cars transporting food on Saturday.

Additionally, the militants destroyed the food and vehicles that were headed for the Mahaas district, where Somali government forces and the anti-Al Shabaab militia have just started conducting military operations against the terrorist organisation.

The sources also stated that roadside bombs struck vehicles travelling to the location to pick up the dead victims, although there were no confirmed deaths.

Al Shabaab, an armed organisation linked to al-Qaeda, did not respond to the assault.

In the Matabaan and Mahaas districts of the Hiiraan region, al-Shabaab forces have already destroyed water wells in roughly ten spots and burned down homes in about seven.

Recently, the federal government spent roughly $150,000 to restore wells that Al-Shabaab had destroyed in tiny towns and villages all over the Hiiraan region.