Ali Harbi Ali was sentenced to life in prison for the murder of Sir David Amess. 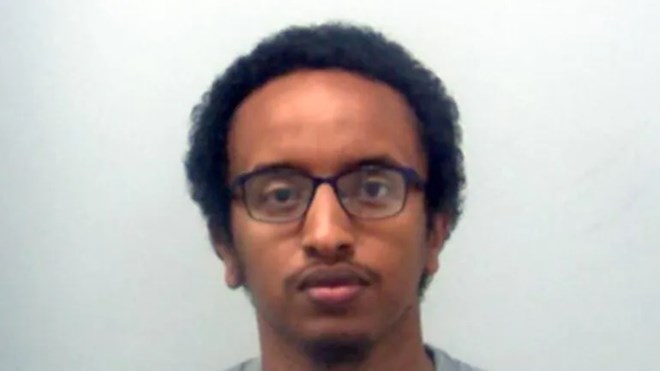 For the assassination of Sir David Amess MP, IS fanatic Ali Harbi Ali has been sentenced to life in prison.

After sneaking his way into a constituency surgery in Essex last year, Ali stabbed the Conservative MP for Southend West more than 20 times.

Sir David’s family expressed their grief at the fact that he would have “greeted the murderer with a friendly smile.”

“This was a murder that struck at the heart of our democracy,” said Judge Mr Justice Sweeney at the Old Bailey.

On the 15th of October, Sir David, 69, was killed during a surgery at Belfairs Methodist Church in Leigh-on-Sea.

Ali, 26, had gone into the meeting pretending to be an NHS employee going to the area when he was stabbed.

Ali, from north London’s Kentish Town, told the court he had plotted to assassinate a number of MPs, including cabinet minister Michael Gove.

He said in court that he was driven by a desire for vengeance against MPs who voted in favor of bombing on Syria.

During the 40-minute session, members of Sir David’s family wiped away tears.

In a statement released by the Metropolitan Police, they said they felt “no elation” after being sentenced.

“It aches our hearts to know that our husband and father would have greeted the murderer with a friendly grin and would have been eager to assist,” they continued.

“Imagine what occurred next. It’s disgusting.” It is beyond the pale of evil.”

Ali’s lawyer, Tracy Ayling QC, told the court that her client had urged her not to say anything in mitigation.

As the judge handed down his punishment, Ali pursed his lips briefly but otherwise showed little expression.

The judge stated, “The defendant shows no sorrow or shame for what he has done – rather the opposite.”

Sir David’s death, he said, was “of national significance.”

“He had done nothing to justify the attack on him, let alone his murder,” he continued.

“On the contrary, he had spent 38 years of his life to lawful public service, and he was doing so when he was slain.”

MPs who had previously been on Ali’s list of potential targets delivered victim impact statements, detailing the effects on their lives.

Mike Freer, the Conservative MP for Finchley and Golders Green, indicated that for constituency surgeries, he and his staff would now wear stab vests and panic alarms.

Michael Gove, the Secretary of State for Education, said he was at home in west London while Ali conducted armed reconnaissance outside in the months leading up to the attack on Sir David.

“Our safety and that of our home was jeopardized, putting a tremendous strain on our lives,” he stated.

On Monday, the jury found Ali guilty of murder and terrorism preparation in just 18 minutes.

He expressed no regrets or shame during the trial, saying, “If I thought I did anything wrong, I wouldn’t have done it.”

He had meant to die as a “martyr,” according to the court, expecting he would be shot by police.

Julie Cushion, a long-time aide and friend of Sir David who was present in the church, expressed her grief at the murder and expressed her remorse and fury.

She added in an impact statement given by the prosecution: “I can still see and hear sounds and images from the moment, such as furniture breaking.

“While we waited for aid, I recall feeling powerless and hopeless because there was nothing I could physically do to help

0″While we waited for aid, I recall feeling powerless and hopeless because there was nothing I could physically do to help.