Minneapolis mosques to broadcast call to prayer all year round 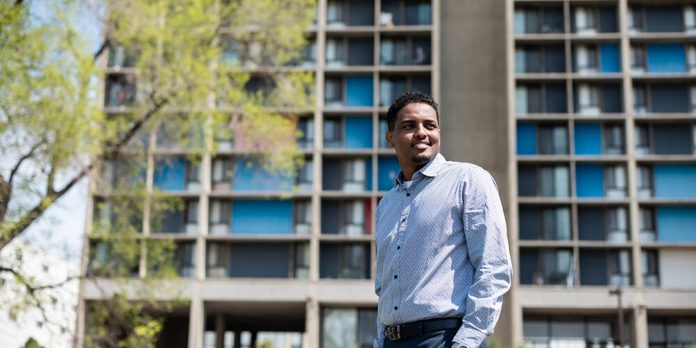 Jamal Osman, a member of the Minneapolis City Council, announced this week that mosques will be allowed to play the adhan several times daily, between the hours of 7 a.m. and 10 p.m., all year.

Parts of Minneapolis will soon hear the Muslim call to prayer on a regular basis.

Mosques in Minneapolis can now broadcast the adhan, or call to prayer, over loudspeakers without a permit as long as they follow the city’s amplified noise ordinance.

Words like “Allahu akbar,” which means “God is great,” will reverberate throughout the city’s mosques.

Jamal Osman, a member of the Minneapolis City Council, announced this week that mosques will be allowed to play the adhan several times daily, between the hours of 7 a.m. and 10 p.m., all year. The City Council unanimously approved the broadcasts and the recognition of Ramadan, which begins on April 2 and lasts for one month.

“The tolling of church bells is an affirmation of their faith and the comfort it brings to Christians in Minneapolis, which is exactly the same purpose as adhan service for Muslims,” said Osman, who spearheaded the effort.

“Thousands of Muslims in Minneapolis now have their faith recognized on an equal footing with everyone else’s,” he said.

Devout Muslims pray five times a day, from dawn to dusk, for up to five minutes each time. The adhan is a call to prayer that can be heard from afar in Africa and Muslim-majority countries. It can be heard inside Somali malls and mosques in Minneapolis. Many people use prayer apps on their smartphones to remind them when it’s time to pray.

Because of the approved broadcast time frame in Minneapolis, the adhan for fajr, or dawn prayer, will not be called because it is too early. The timing of the call for night prayer may also change depending on the season.

According to a local representative of the Council on American-Islamic Relations (CAIR-MN), a Muslim civil rights and advocacy organization, the time restriction violates Muslims’ constitutional rights. The group also wants formal language in the council’s resolution recognizing mosques’ right to call for prayers.

“The Constitution of the United States has no restrictions on religious practice,” said Mohamed Ibrahim, CAIR-deputy MN’s executive director. “The right to practice religion in general supersedes the city’s ordinance.”

Since last year, Osman has been working on a permanent legislative solution, which he sees as a major victory for the Muslim community.

“We can advocate for it if some mosques want to broadcast dawn prayers,” Osman said. “This is a time to rejoice, and many members of the community are delighted.”

The adhan can also be heard in other Muslim-majority cities in the United States. The majority of calls to prayer in Detroit are broadcast from mosques. According to CAIR national, some broadcasts are done publicly in the Detroit suburbs of Hamtramck and Dearborn.

There are at least 20 mosques in Minneapolis, and more than 150,000 Muslims live in the state.

The Dar Al-Hijrah mosque in the Cedar-Riverside neighborhood became the city’s first mosque to be granted permission to publicly broadcast the adhan during Ramadan in 2020. According to Imam Sharif Abdirahman Mohamed, the mosque has been doing it without restriction for the past two years. He thinks the city’s decision to allow mosques to play the adhan without a permit is encouraging, but he hopes the time limit is lifted.

The adhan, according to Yusuf Abdulle, executive director of the Islamic Association of North America, who spoke in favor of the resolution at the council meeting this week, is a spiritual call that represents inclusion and harmony, and will allow Muslims to connect and build bridges.

He said, “This will add a lot of value to the city of Minneapolis.”

One of the leaders of Karmel mosque, Imam Sheikh Sa’ad Musse Roble, echoed the same sentiments. Before moving forward with the plan, he said he and other mosque leaders will meet on Friday evening to discuss how to engage their non-Muslim neighbors.

“We want to be respectful of our neighbors and make sure they’re okay with what we’re doing before we do it,” Roble explained. “We need to inform our neighbors that we have permission to broadcast prayers.”