Amazon is closing all of its physical bookstores 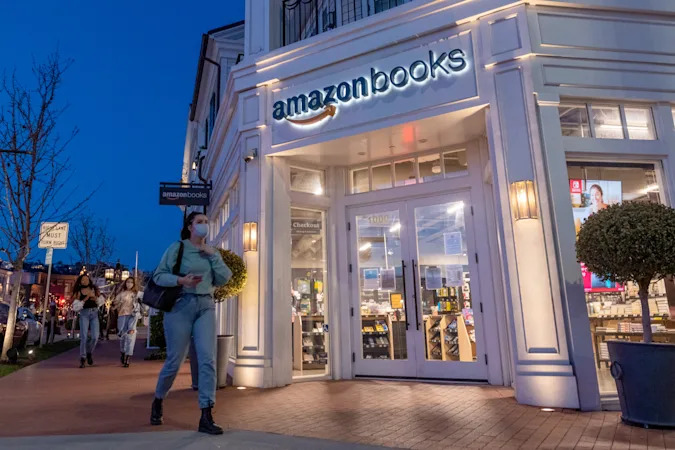 First, Amazon killed traditional bookstores. Then it opened its own. Now, Amazon is doing away with its bookstores.

The e-commerce giant confirmed Wednesday that it is closing 68 retail locations, including all of its Amazon (AMZN) Books stores, as part of a broader shift in its bricks-and-mortar retail strategy.
In addition to the bookstores, Amazon is also closing two other physical retail concepts: Its 4 Star Stores, which sold products that had high customer ratings, and its Pop Up stores.
Instead, Amazon said it’s planning to “focus more” on other physical retail efforts, including its dedicated stores for groceries, Amazon Fresh and Whole Foods, as well as its recently launched apparel shop, Amazon Style. It will also continue to focus on Amazon Go, its cashierless grocery store concept.
“We remain committed to building great, long-term physical retail experiences and technologies, and we’re working closely with our affected employees to help them find new roles within Amazon,” Betsy Harden, a spokesperson for the company, said in a statement.
Amazon’s first foray into  brick and mortarretail came in early 2015 with a campus store for students, two decades after the company was founded. Later that year, Amazon opened its first physical bookstore in Seattle. In 2017, Amazon announced it would buy Whole Foods and, with it, the supermarket chain’s hundreds of grocery stores. Earlier this year, the company announced it would open Amazone style.
As of December 31, 2021, Amazon had 672 physical stores in North America, including Whole Foods, according to its  latest annual filing.
Source CNN Business
Share This Post
Facebook
Instagram
Twitter
Youtube